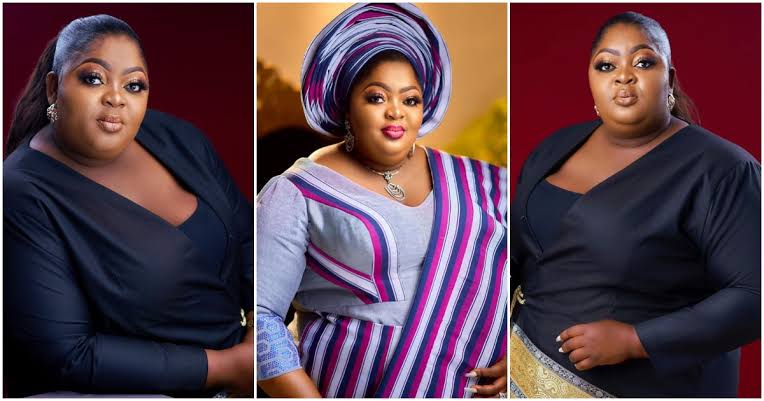 During a recent interview with Punch, the 37-year-old actress maintained that curvy women are better as regards the matter of love than skinny ones.

When she was asked if curvy women were better lovers than skinny women, Badmus responded, “Yes, they are. We have plenty of meat to hold on to. Be honest, do you like bones?”

ALSO READ: “I’m Not Trying To Bleach” – Ini Edo Cries Out After Cream Messes Up Her Face

On why women don’t often support one another, the plus-size entertainer said, “I really don’t think like a woman. I support whoever I want to support. If I see good things in a person, I would lend my support. I am not an enemy of progress; I actually support women a lot.”

She added that she supports people, irrespective of their gender, provided that they are naturally gifted and good, as she is not an enemy of progress.

WATCH: “I Am Tired Of Being Single, I Need A Husband” – Actress Cynthia Okeke Cries Out [Video]

“I Never Enlarged My Butt, I Only Removed Fat From My Stomach” – BBNaija’s Nengi Reveals [Video]