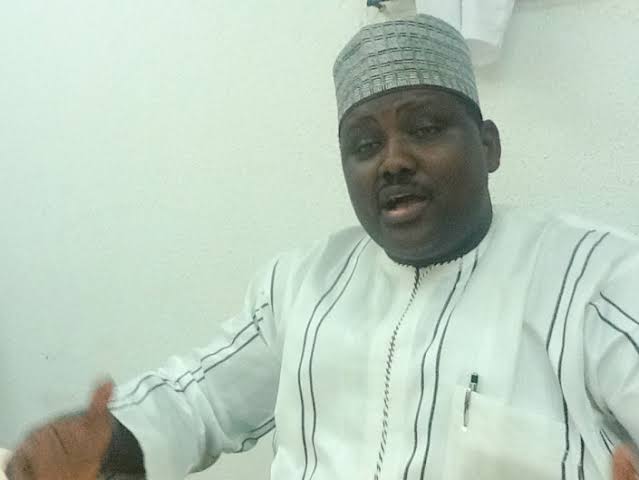 Maina, who had been on the run after he was granted bail on July 27, 2020, was re-arrested by Niger Republic security agency in a collaboration with men of anti-corruption agency in Nigeria on Monday evening, November 30.

A top intelligence officer told PRNigeria that the arrest was made possible due to an existing mutual relationship and security agreement between the two neighbouring countries.

According to sources in the EFCC, its operatives learnt of Maina’s escape to Niger about two weeks ago and have been working with that country’s security forces to effect his arrest.

READ:  Man Forced To Show Police His Manhood After His Wife’s Death Was Blamed On His 'Large Genitals'

Maina, however, has not been attending trial since the September 29, after he was granted bail, a development that prompted Justice Okon Abang to order the arrest of Senator Ali Ndume who stood surety for the ex-pension boss.

But the Federal High Court in Abuja on Friday granted bail to the Borno South Senator, over his suretyship for Maina, believed to have jumped bail.

Justice Abang, in a ruling, said he chose to grant Senator Ndume bail based on his record of good behaviour before the court, notwithstanding that the other grounds of his bail application failed.

KanyiDaily recalls that the court had also warned a lawmaker that he is at risk of facing jail time if he is unable to produce Maina’s son, Faisal Abdulrasheed, who is also being prosecuted on a three-count of money laundering and false declaration of assets.