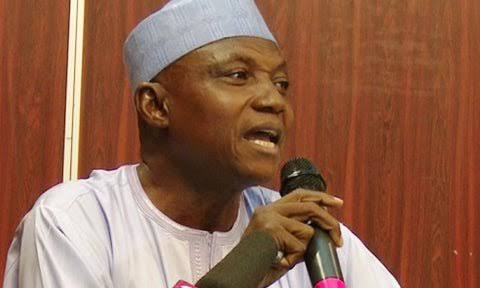 KanyiDaily had reported how hundreds of Kankara schoolboys were abducted by bandits on Friday night, December 11, 2020, less than 24 hours after President Muhammadu Buhari arrived Katsina for a week long private visit.

Speaking on the development, Katsina Governor, Aminu Bello Masari, confirmed that 333 of the 839 pupils of the school were missing after the invasion.

However, Garba Shehu refuted Governor Masari’s claim, insisting that only ten school boys were abducted by the bandits.

On Thursday night, December 17, Katsina Government announced that about 340 Kankara students have been released after six day in the kidnappers’ den.

Reacting to the development on his Twitter page, Shehu retracted his earlier statement, saying the number of kidnapped students was provided to him by persons that should ideally know.

“I apologise for the incorrect communication citing that only ten students were kidnapped at the science school, Kankara,” Shehu said.

“This communication of numbers was provided by persons that should ideally know. These numbers were seen to conflict with what was available at that time.

“Please understand that this communication was in no way done to downplay the seriousness of the situation. Please accept my sincere apologies on this matter as we continue to move our great nation Nigeria forward. Thank you.”

READ:  "I Caught Her In Bed With Married Man" - Fani-Kayode Reacts To Video Of Him Abusing His Ex-Wife, Precious

This communication of numbers was provided by persons that should ideally know. These numbers were seen to conflict with what was available at that time.

Meanwhile, the freed Kankara schoolboys have recounted their ‘six days horrible experiences‘ in the kidnappers after meeting President Buhari.