The Inspector General of Police, Adamu Mohammed, has been accused of illegally detaining 24 young job seekers in an attempt to cover up corruption in the recent nationwide recruitment for constable in the Nigeria Police Force.

According to SaharaReporters, 24 young Nigerian applicants for the police constable have been illegally detained for over six months after they paid N700,000 each to secure the police job.

It was gathered that that 24 slots meant for Kano State were sold to some applicants from other states in 2019 by DSP Alakija and Inspector Yerima Augustine at the Nigerian Police Training College, Maiduguri in Borno State.

The applicants unknowingly paid N700,000 each and were shortlisted as constable until Kano State Governor, Umar Ganduje, petitioned IGP Adamu, in July 2020 that the slots meant for the state were sold by the training college officials.

Instead of investigating DSP Alakija and Inspector Yerima who deceived and cajoled the young men, the IGP was said to have arrested the 24 already recruited constables who are currently detained at the Force CID Headquarters, Area 10, Garki, Abuja.

A human rights activist, Mahdi Shehu, who learnt about this after he was detained with the 24 ‘deceived’ constables, revealed that they were denied access to their lawyers and family members.

Yerima narrated the ordeal of the applicants:

“These young men applied for the job because they think they were qualified. Subsequently, they received invitation letters to attend the entrance examination. They participated in the exams in various police commands across the country. They were invited to the Police Training College in Maiduguri, and they arrived at the training college on October 20 2019.

“It was there they met Inspector Yerima Augustine who informed them that though they have responded and being invited as per the invitation letter, they submitted he was sorry to inform them that people from home states have over-applied, therefore their names were on the reserve list, so he told them to go home and come back after three days.

“After three days, on October 23 2019, they were informed by the same Inspector Yerima Augustine that the states they came from have been over applied and if they are still interested in joining the force, there were others states whose candidates are not yet filled up, so they should go home and bring along with them N700,000 each if they are interested.

“These guys are jobless. They went back to their respective states to get the money. I shed tears when three of them narrated to me how they got the N700,000. One of them said three of his sisters were to get married and for the last five years, they had been saving money to get them married but the mother gave him N700,000 out of the money.

“So, they all returned with the money and handed it over to the Admin Officer at the training college, DSP Alakija. However, one Philip John, who could not give out cash, transferred N500,000 to the same officer. We have evidence of the transfer made by John to DSP Alakija.

READ:  Ngige Reacts As NLC Calls For Nationwide Protest 'To Embarrass Ngige And His Family Members'

“Having paid the money, the 24 of them were told to resume the following day for training and bring along with them all original credentials. On arrival at the training college on October 28 2020, all their files were collected by Yerima. They were then issued a code number.

“They started receiving training. Three months into the training, they were called upon that they heard that the IGP is sending an audit team to the college. They were told that they would be given new names which they must use and adopt in the event of being asked and after the IGP team had gone back, they would go back to their original names.

“Christians among them were given Muslim names against their conscience. On the day they were to pass out, they went to meet Yerima that they were being posted with different names and what will happen to their original identities. He told them not to worry but go to their various divisions as they were going to receive signals transferring their original names back to them.

“On April 27 2020, they were posted to various divisions and reported the same date. They worked from April 27 till June 26 2020. In the first week of July, 24 young men went to the Governor of Kano and informed him that they are all indigenes of Kano State, that their names came out but officials of the Nigeria Police College have sold their slots.

“The governor wrote a petition to the IGP complaining that 24 slots meant for the state as the entrance to the police had been sold by officials of the Nigeria Police College. The IGP endorsed the petition for investigation. In July, all these 24 young men, 17 Christians, 7 Muslims were arrested for 18 days in different cells under Kano command.

“On July 25, all these young men were transferred to FCID headquarter in Abuja. Since July 25 up till today, December 8, all these 24 young men are still under lock and key, no visitors, no sanitation, no food, they are just left there. They are entirely demoralised; they have lost focus.

“These are young Nigerians who were cajoled and deceived because they needed the job; they never knew the jobs were meant for other people. What will surprise you now is that names of two of them are now being used by other people, which means their slots have also been sold. Interpol is now keeping them. I don’t know what’s the business of Interpol in the recruitment case. They haven’t been taken to court.”

Meanwhile, 9-year-old girl has also narrated how policeman defiled her after he lured her into his apartment under the pretext of giving her N200 to buy milk for him. 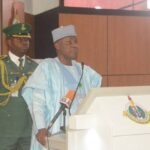 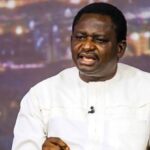