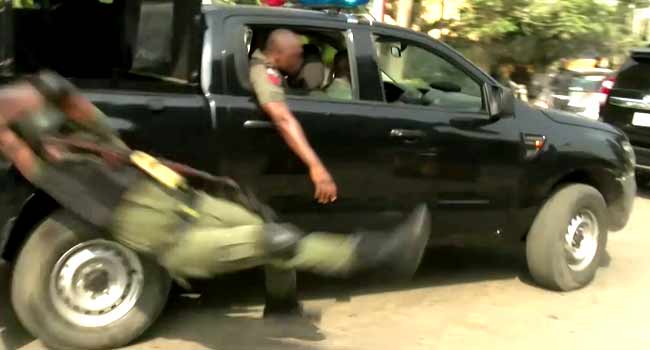 A trending video shows the moment a police officer fell from a moving van and injuring himself in broad daylight while celebrating the reversal of the decision to redeploy the Lagos State Police commissioner, Mr. Edgal Imohimi.

According to reports, the incident occurred on the premises of the Lagos State Police Command Headquarters in Ikeja area of the state on January 15, 2019.

It was gathered that the police officer was among the personnel on the convoy of the Commissioner of Police, Mr. Edgal Imohimi.

Many people were stunned as the jubilating policeman, who was on the moving van, fell off and the van ran over one of his legs.

He was immediately rushed to the hospital. 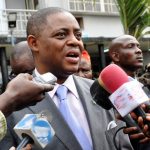 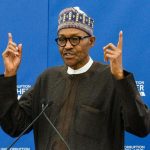