A driver identified as Tigidam Bright, has been arrested by by operatives of the Force Intelligence Response Team (IRT) for allegedly conniving with two suspected kidnappers to abduct his former boss’ wife, Mrs Gift Topba, in Port Harcourt, Rivers State. 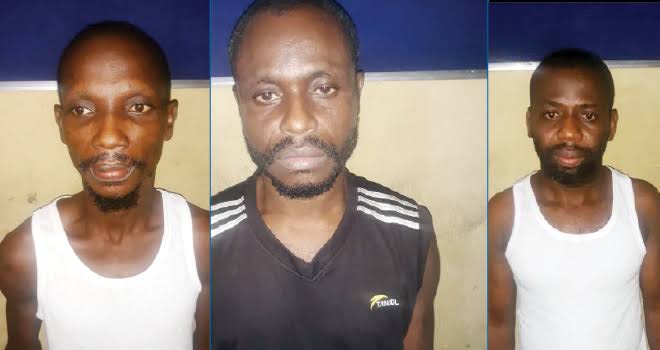 The two suspected kidnappers – Isaac Michael, Leera Barisua – were arrested after they kidnapped Gift, the wife of an Ogoni human rights activist, Gani Topba, on August 25, 2020 at the entrance of an estate where she lives and took her to their den in the Khana area of the state.

According to Punch, the suspects demanded N100m ransom initially but later reduced it to N500,000, which was paid by the family before she was released.

Few months after her release, IRT detectives investigating the incident were said to have traced a mobile phone the gang used for negotiating the ransom to an unnamed man who assisted them in arresting Michael and Barisua.

Michael and Barisua confessed to the operatives during interrogation the roles they played during the kidnap of Chief Topba’s wife and they fingered his ex-driver, Bright, as the person who masterminded the kidnap.

After he was arrested by the operatives, Bright denied orchestrating Gift’s abduction but confessed to have got N100,000 from the ransom.

In his confession, Bright said he told his friends (Michael and Barisua) how his boss of eight years allegedly sacked him unjustly and they promised to help deal with him.

“I am from Khana. I left secondary school in 2006 and went to learn how to fabricate metals. When I completed the apprenticeship and couldn’t secure a job at an oil company, I went to work with Chief Gani Topba as his personal driver. When the COVID-19 pandemic started and there was a lockdown, Chief (Topba) was in Abuja. He asked that his Port Harcourt office should be shut down and I dropped his keys with his secretary.

“He paid my salary one month into the lockdown but after the lockdown, he refused to take me back as his driver. I tried all I could to get back the job but it wasn’t possible. I learnt that the chief sacked me because I diverted a business contract he was supposed to execute to someone else. But I didn’t do such a thing.

“Sometime in August 2020, I travelled to Khana to visit some of my friends. They asked if I was still working with the chief and I told them that he fired me over an unfounded allegation. Then they promised to deal with him on my behalf. I didn’t know that their plan was to kidnap his wife. I learnt that she was kidnapped and after she was released, I was given N100,000 as my share of the ransom.”

The driver claimed that he collected the money because he was scared his friends might kill him if he failed to cooperate with them.

Michael, 37, said he was introduced to kidnapping by a friend at large, identified simply as Mark, who in turn linked him up with Barisua, to form a four-man gang.

The father of two confessed to having participated in three operations since he joined the gang in July 2020, adding that they freed one of their victims without collecting ransom because he was a pastor.

“We kidnapped a woman at Rumuporisi area of Port Harcourt and took her to our camp in Kaani-Kor community (Khana area) in Mark’s car. She spent three days with us and was released after N2m was paid as ransom to secure her freedom. I got N300,000 as my own share.

“My last operation was the kidnapping of the wife of Chief Gani Topba. His driver brought the job to our gang and he was also the person who showed us his house in Port Harcourt. He also told us the colour and brand of car his wife drives. We kidnapped her on August 25, 2020 and kept her in our camp, while one of my phones which I later sold was used for the ransom negotiation.

“A ransom of N500,000 was eventually paid and I got N100,000 as my share. I know Chief Gani Topba; he is from my community but his driver claimed he treated him badly which made us kidnap his wife,’ he said.

Barisua, 37, a graduate of Electrical Engineering, said he went into kidnapping after losing his job at an oil company in Port Harcourt, but insisted that he did not participate in Gift’s abduction.

“I am married with a child, I joined the kidnap gang because I lost my job and there was no way I could fend for my family.

It was my friend Mark, who is from Akwa-Ibom state that sold the idea of kidnapping to me and I accepted and joined him because I felt it would fetch me money enough to enable me set up business with it.

“I am the gang’s driver and I was part of the team that kidnapped the pastor and dropped him off. Our targets were mainly people with flashy cars.

“I got N200,000 from the kidnap of the second victim. I got infuriated with the amount I got because I wasn’t part of the ransom negotiation and they gave me what they liked.

“I had a fight with Mark and broke his head and so they didn’t inform me about the kidnapping of Chief Gani Topba’s wife. After the police came and arrested my friend Isaac Michael, he led them to arrest me and the police started questioning me about the kidnap of Chief Gani Topba’s wife. I told them that I wasn’t part of it but I learned his former driver and one notorious kidnapper in Kaani known as Wisdom masterminded the kidnapping”.

KanyiDaily had also reported how a 37-year-old woman was arrested for staging her own kidnap in order to extort N20,000 from her elder sister in Abuja.

READ:  Abisoye Ajayi-Akinfolarin And Three Other Nigerians Named In BBC 100 Women For 2018 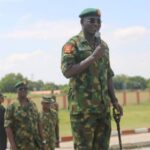 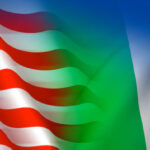