The rapper was shot when he and his entourage were outside a restaurant in West Hollywood, California, where Bieber’s Super Bowl party was held on Saturday.

It was gathered that Kodak Black was outside the restaurant with his fellow rappers Gunna and Lil Baby when a fight broke out with another group.

Kodak reportedly  “took a swing” at someone involved in the altercation when gunshots were heard by witnesses who confirmed that the rapper was shot.

“The fight was believed to have started with someone in Kodak Black’s entourage. After others jumped in, shots were fired… and then all hell broke loose,” a source told Page Six.

In a statement, the Los Angeles Police Department (LAPD) said the rapper and three others were injured during the incident, adding that they are in “a stable condition” after being hospitalized.

Police also said a preliminary investigation showed the incident happened after a “physical altercation” ensued “between several individuals at the location.”

The statement reads, “Detectives from the Los Angeles Police Department’s Wilshire Area are seeking the public’s assistance in identifying the suspect responsible for an early morning shooting.

“Preliminary investigation revealed there was a physical altercation between several individuals at the location. Gunshots were fired by an unknown suspect, who then fled south from the location.

“Officers discovered there were two additional victims who self-transported to local hospitals, bringing the total shot to four. All four victims are listed in stable condition.

“The suspect is described as a male Black. No arrests have been made.”

KanyiDaily recalls that Kodak Black was part of the 73 people Donald Trump granted full presidential pardon in the last minute of his final day in office as US President. 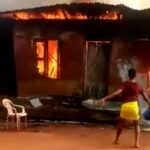 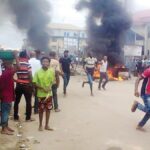