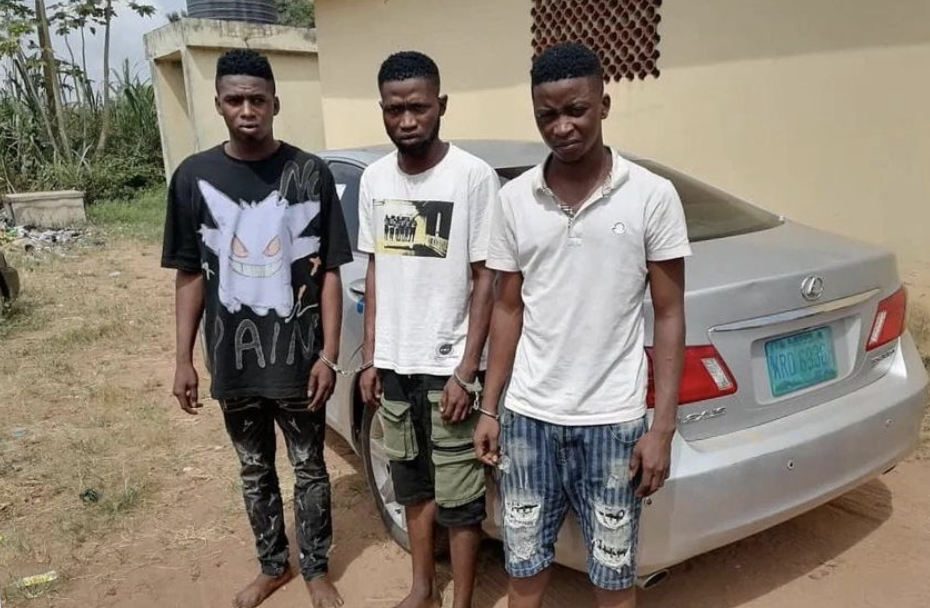 The three suspects identified as Tunde Sadiq Taiwo, 22, Damilola Adesina, 20, and Adegoke Amos, 21, were arrested last weekend in the Ijebu Ode area of the state.

The State Police Public Relations Officer, DSP Abimbola Oyeyemi, who disclosed this in a statement on Tuesday, said the suspects were arrested after the victim reported at the Ilese divisional police headquarters, Ijebu-Ode.

According to him, the victim reported to the police that the suspects forcefully dragged her into the car and drove to the Rationwa area, where they took turns to rape her at gunpoint.

The police spokesman said that on the strength of the report, the DPO Ilese division, SP Yakubu Bala, mobilised detectives and stormed their hideout, where one of them was arrested.

READ:  Tiwa Savage Says She Would Have Had Five Baby Mamas If She Were A Male Artiste

Oyeyemi said that the young man who was arrested on December 5 , led the police to the other two, and they were subsequently arrested.

The suspects upon interrogation confess to have committed the crime saying they thought the police were no longer working, hence crimes can be perpetrated at anytime.

“On interrogation, they confessed to committing the crime and claimed to have believed that the police were no longer working, hence they could do anything they liked, but they were surprised when the police came after them,” he said.

Oyeyemi said the state Commissioner of Police, Edward Ajogun, had ordered the immediate transfer of the suspects to the State Criminal Investigation and Intelligence Department for further investigation and prosecution.

KanyiDaily had also reported how two herdsmen were arrested for allegedly robbing a family and gang-raping their 16-year-old daughter in Ogun State.

READ:  Photos Of Drone Surveillance Being Used By EFCC To Monitor Elections In Edo State 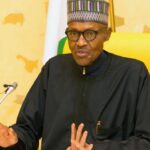 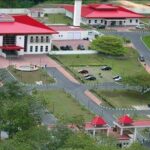