Akwa Ibom State Government is reportedly counting its lost after some robbers invaded the office of the Press Secretary, Ekerete Udoh, and made away with an undisclosed amount of money running into millions of naira. 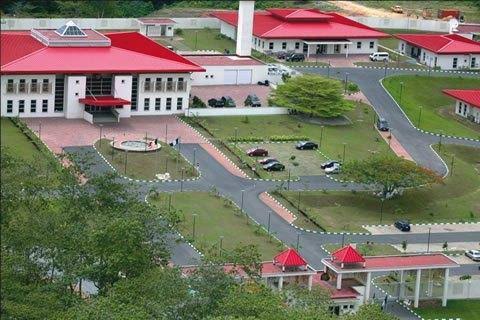 It was gathered that the stolen money which was kept in a Ghana-must-go bag was meant to be used as payment for journalists, Daily Trust reports.

The thieves reportedly tampered with the locks of the office before gaining entrance and emptied the contents of the Ghana-must-go bag, in which the money was kept and left on the floor.

When newsmen visited the scene of the incident, they met the Secretary to the CPS lamenting, saying it was the first time the money, which has always been in her custody over the years was stolen.

A source familiar with the situation said; “The money came in since yesterday afternoon but they refused to share it to the people it was meant for. So, the thief came in the night and destroyed the keys and gained access to the office of the Secretary to the CPS.”

“This is not the first time the government house press centre is being robbed. We have lost about three Plasma Televisions, one at the reception, one in the reporter’s office and the other in the office used by cameramen. In all of these, no meeting, no replacement.”

Further investigations revealed that no security camera is located anywhere at the press centre making it impossible to trace the culprits.

When contacted, the Chief Press Secretary to Governor Udom Emmanuel, Mr Ekerete Udoh declined to make comments, but rather assured that those who were meant to be paid would get their money.

ISWAP Kills 10 Nigerian Soldiers During A Gun Fight, Takes One Hostage In Borno