The Federal Capital Territory Administration (FCTA) has banned open grazing of cattle in Abuja, and announced the establishment of RUGA settlement in three area councils 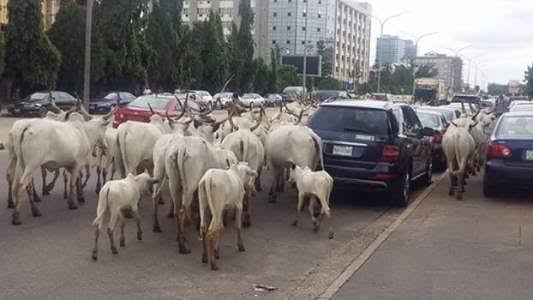 The Director, Abuja Environmental Protection Board (AEPB), Dr Hassan Abubakar, disclosed this during an interview with PUNCH on Wednesday.

According to him, the FCTA had communicated the directive to the leadership of the Fulani herdsmen in Abuja, following the expiration of the one-month ultimatum issued to the pastoralists.

The AEPB director said over 100 cattle earlier confiscated were returned after their owners were fined by courts, adding that any herdsman found grazing his animals on Abuja streets would be penalised heavily.

He said a special team had been constituted to enforce the directive.

“We held meetings with the leadership of Fulani herdsmen in the FCT and they have agreed on so many issues. We have given them time, which they asked for, and when the time lapses, we will strike. They are not allowed to graze inside the city; that’s prohibited.

“Even the minister has approved some grazing areas where RUGA is going to be created; about five areas. We have one around Kwali; another one in Abaji and one in Kuje,” he said.

KanyiDaily had reported how the $300 million National Stadium Complex in Abuja was turned into a grazing reserve by Fulani herdsmen.