Veteran Nollywood actor, Pete Edochie, has publicly endorsed his son, Yul Edochie, to become the next president of Nigeria in 2023.

In a video shared by Yul Edochie on social media, the veteran actor said many young people have been asking him to endorse his son for presidency.

Announcing his endorsement after the ceaseless pleas, Pete expressed confidence that his son posses the right values and drive to steer the country forward.

Pete Edochie, however, vowed that any day his son decides to veer off from the discipline under which he was raised, he will withdraw him from the race.

“My values are very strong. I have my own children and they are very strong in that regard too. I am not one to be involved in politics. But you see, not all your children are bound to follow you,” Pete said.

“One of my sons, who incidentally is an actor, has decided that he wants to be a politician. Most of the youngsters have been bugging my phone asking me to endorse my son that they want him as president and l get amused. But they keep insisting daddy, we want Yul to be the president of this country.

“We like him. He is disciplined, sympathetic, he believes a lot in people. They have bothered me so much that today, I’m hereby present him to you. He has my blessing. He has my endorsement.
He stressed;

“Any day he decides to veer off from the discipline under which he was raised, l will withdraw him from the race. It shall be well with you son. Since it has been your ambition to go into politics and the desire to run for the presidency of this country, may the good Lord assist you, protect and direct you.”

KanyiDaily recalls Yul Edochie had also announced on social media that he has a pastoral calling from God, which according to him has started manifesting. 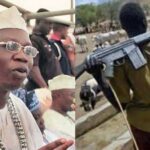 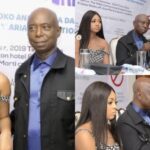