Kylie Jenner has come under fire after she asked her fans to donate an emergency fund for her make-up artist’s life-saving brain surgery rather than paying the US$60,000 bill herself since she’s estimated to be worth $1billion. 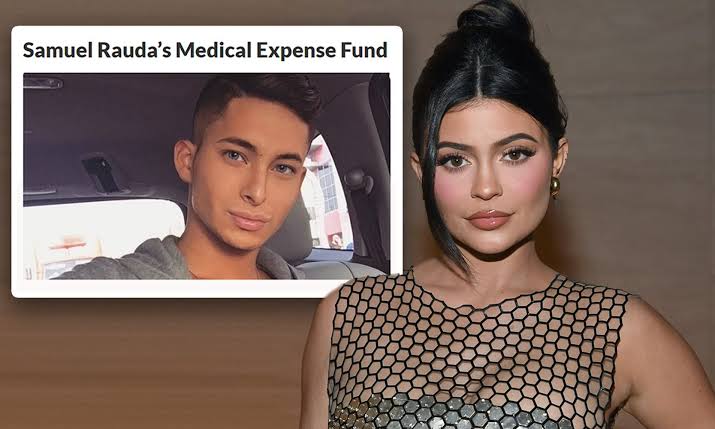 Kylie had taken to her Instagram page and shared a link to the GoFundMe page for Samuel Rauda, her 26-year-old make-up-artist, who was seriously injured in a road traffic accident last weekend.

The 23-year-old entrepreneur, who Forbes refer to as a ‘self-made billionaire’, asked her followers to help raise $60,000 for Mr Rauda’s treatment – after apparently donating just $5,000 herself.

Kylie wrote: “May God watch over you and protect you @makeupbysamuel everyone take a moment to say a prayer for Sam who got into an accident this past weekend. And swipe up to visit his families go fund me.”

READ:  Sandra Iheuwa Reveals The 'Only Way' One Can Get Justice In Nigeria 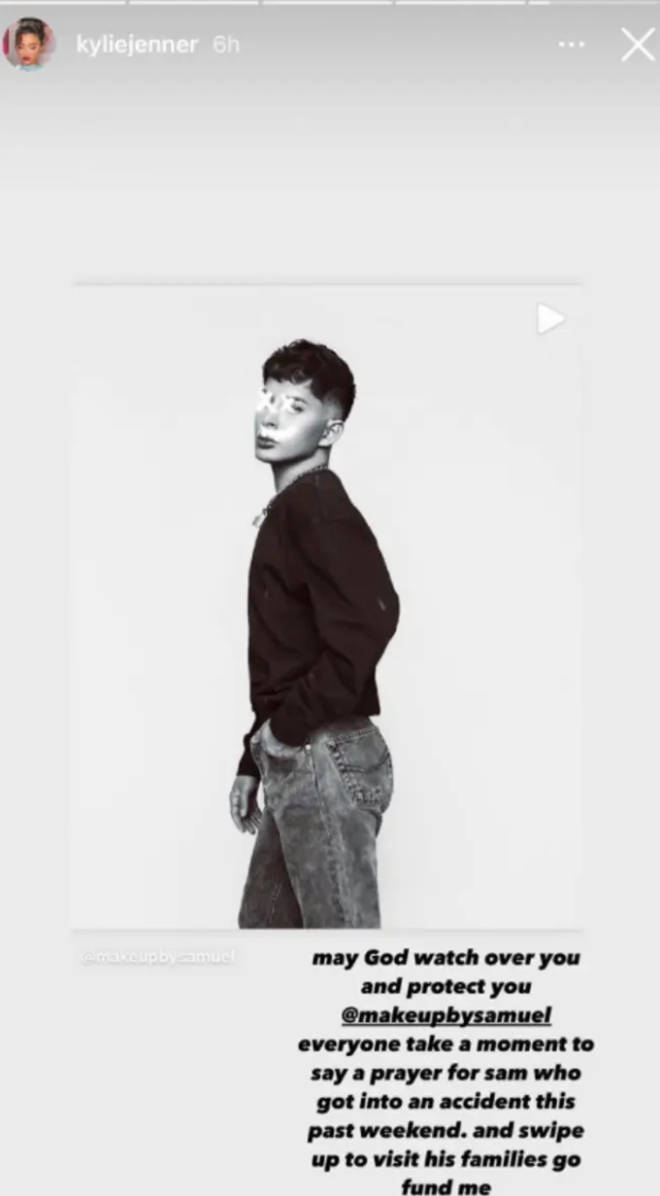 The amount pledged ballooned to over $100,000 after Jenner’s support became public. But she was still criticized for not doing more for the makeup artist she worked with only twice in 2015 when he was a stylist.

Amid backlash of not doing enough for Samuel’s surgery, Kylie posted on her Instagram Stories explaining her part in the situation, and revealing the circumstances concerning her $5,000 donation.

“I feel it’s important for me to clear up this false narrative that I’ve asked fans for money and am not paying for my makeup artist’s medical bills,” she wrote.

“Sam isn’t my makeup artist and unfortunately we don’t have a personal relationship any more but I have worked with him a few years ago and think he’s the sweetest.

“I saw my current makeup artist and friend Ariel post about Sam’s accident and his family’s gofundme and I called Ariel immediately to see what happened to Sam.

“After learning in more detail about the accident it compelled me to visit his gofundme which was set at 10k (£7,200). They had already raised 6k (£4,300) so I put it in 5k to reach their original goal and thought I’d post on my stories to gain more awareness if anyone also felt compelled to share or donate.”

READ:  We Rejected Nano Silver Because It Failed To Meet Required Standards - Minister Of Health

The young mum concluded: “I don’t know how all of this got so twisted but his family has reached out through Ariel and are very appreciative of all the donations, prayers and love towards Sam.”

Below are some of the tweets criticising Kylie Jenner for asking fans to donate towards the stylist’s emergency surgery.

Kylie Jenner, who makes $19K/hr asking for $$$ from her fans to help her make up artist pay for a $60,000 surgery, is an excellent example of why we need universal healthcare. Even billionaire employers like Kylie and Walmart aren’t willing to pay for their employees' healthcare.

Kylie Jenner setting up a gofundme for her staff and only donating $5K when shes a billionaire?? Please. The Kardashian greed is too real at this point. pic.twitter.com/G7wHzDSj0u

How in the cinnamon toast fuck is Kylie Jenner asking for donations for her make up artist when she’s a goddamn billionaire. Is that broad for real

Kylie Jenner, a billionaire whose toddler has purses from Hermès, Chanel, and Vuitton, wants you to donate the $60k her makeup artist needs for brain surgery pic.twitter.com/t0hjcscNkS

It’s not even about the fact that she won’t pay for the surgery herself. Every single last one of Kylie Jenner’s sisters is a millionaire. Her parents are millionaires. Her friends are millionaires. But she asked the MIDDLE CLASS for money. This family…… pic.twitter.com/zFqeeBvuY3

No way billionaire kylie jenner opened a Go Fund Me for her stylist??? 😭😭 sis how about you GO FUND HIM

kylie jenner bought her toddler a $15,000 handbag but is asking her fans for money pic.twitter.com/dH4Rua6Imk

Kylie Jenner asking for people to donate to a GoFundMe after her make up artist was in a car accident is a TOUGH look. The pajamas she woke up in are probably worth 60k

Kylie Jenner can go fuck herself.

Kylie Jenner wouldn’t pay $60,000 for her makeup artist’s life-saving surgery knowing the miracles he performs on her every day.

She owes him (and her plastic surgeon) HER LIFE! pic.twitter.com/jWQIdtQkUF

Kylie Jenner is a billionaire and her makeup artist friend got into a car accident and needed $60,000 so she started a gofundme and only donated $5,000

Kylie Jenner makes almost half a million dollars everyday and she is still asking her relatively poor fans to pay for her friends $60,000 medical bills? Eat the rich. pic.twitter.com/mxUzRsmgEn

It’s the fact that Kylie Jenner owns purses that cost more than her close friends emergency brain surgery and she’s out here begging poor people to donate to his Go Fund Me page……… that doesn’t sit right with me.

No way billionaire kylie jenner opened a Go Fund Me for her stylist??? 😭😭 sis how about you GO FUND HIM

Starting a gofundme to buy Kylie Jenner a soul.

KanyiDaily recalls that Forbes had named Kylie Jenner “The Youngest Self-Made Billionaire Ever” in March 2019 owing to the popularity of her Kylie Cosmetics brand.

However in a shocking turn of events she was stripped of the title by the publication in 2020 which accused her of ‘lying about company figures and forging tax returns’ to reach the billionaire status.

A furious Kylie slammed the allegations and hit back at Forbes, accusing it of “a number of inaccurate statements and unproven assumptions.” 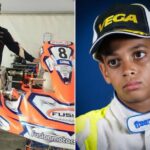 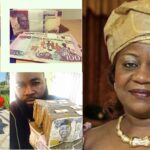