The Minister of Communications and Digital Economy, Isa Ali Pantami, has placed a curse on human rights activists, Deji Adeyanju for asking the United States to place him on terrorism watchlist. 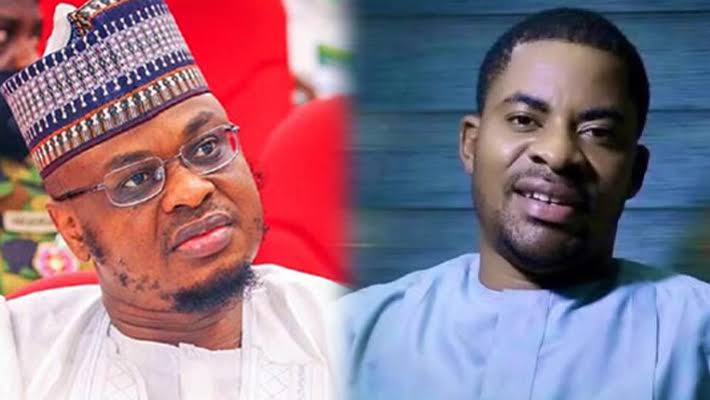 KanyiDaily recalls that Pantami has been under fire lately over some comments he allegedly made several years ago in support of Al-Qaeda, Taliban and Boko Haram.

Adeyanju had also written a letter where he pointed out that Pantami being a senior member of Muhammadu Buhari-led administration, it was less expected of him to be an alleged supporter of world’s extremist leaders like Mullah Omar and Osama Bin Laden.

The activists added that if the allegation against the minister is true “he should not hold a sensitive position and be in charge of the database of Nigerians.”

READ:  No Sit-At-Home In South East On Thursday Because Of Nnamdi Kanu's Trial - IPOB

The letter dated April 11, 2021, with the subject, “Terrorist Watchlist – Isa Pantami” and addressed to the Secretary of State, United States Department of State, partly reads:

“We write to intimate you of remarks attributed to Sheik Isa Pantami, Nigeria’s Communications Minister in several media blogs in the country wherein he was quoted as saying he was always happy whenever unbelievers are killed by terrorist groups.

“It is also further alleged that he had in the past openly supported and endorsed global terrorist groups like Al-Qaeda and the Talibans.

“Pantami is said to have praised Osama Bin Laden describing him as a hero and a better Muslim than himself. He has not renounced these views in the face of new revelations by the media. His views are extremist views and a threat to a multi-religious nation like Nigeria.”

Mr Adeyanju also noted that “terrorists and their sympathisers don’t repent, they are only looking for an opportunity to get close to power so they can strike harder,” and asked the minister to resign or be sacked by President Buhari.

Reacting to the letter after a Facebook user shared it on his page, Pantami wrote in Hausa, “Allah ya tsine masa alubarika” which means “May Allah rebuke his blessings.”

Pantami’s Facebook comment which gathered over 350 replies was however deleted few minutes after he came under heavy fire over his curse. 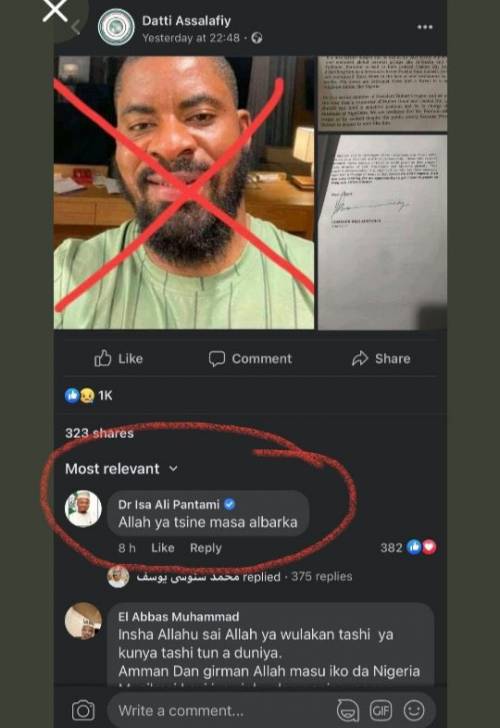 Meanwhile, the Muslim Rights Concern (MURIC) has urged Pantami to ignore calls by some people that he should resign over some of his teachings which showed he was sympathetic to Islamic extremist sects like Al-Qaeda, Taliban and Boko Haram.

READ:  This man took a night bus from Abuja to meet Mark Zuckerberg. 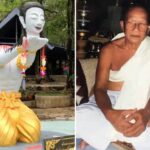 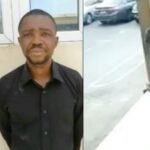