Some siblings allegedly beat their eldest brother, Chinonso Azuatalam, to death over a disagreement on the sharing of their late father’s property in Okuku, Owerri West Local Government Area of Imo State. 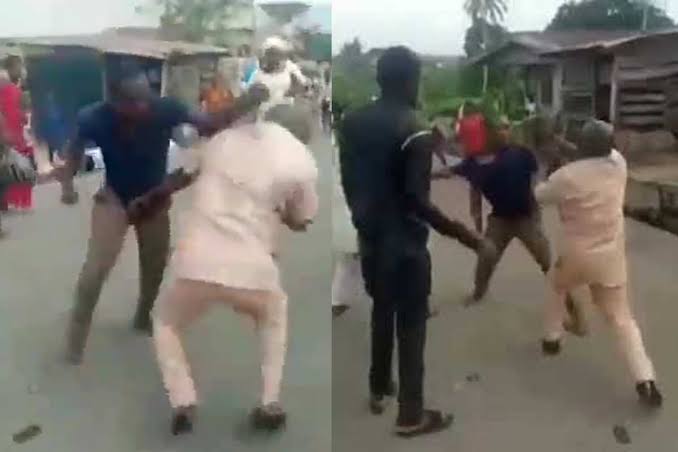 According to Punch, Chinonso, a father of two whose wife is pregnant, was allegedly beaten to death in the presence of their maternal uncles in the compound, who came to share the inheritance.

A source in the community said that while the deceased was fighting with his immediate younger brother, Chibuzor, their younger brothers, who are twins, hit Chinonso with a big stick on the back of his head and he lost consciousness.

The brothers were said to have fled immediately after getting information that their eldest brother had dead at the hospital where he was taken.

The source disclosed that only their sister, Chioma Azuatalam, a serving police officer, was arrested for allegedly beating up the deceased’s pregnant wife.

“Chinonso Azuatalam was the eldest son of the family. He had three younger brothers, Chibuzor and the twin boys. They were having serious issues with the sharing formula of their late father’s wealth,” the source said.

“While Chinonso was insisting that the properties be shared equally, the three other brothers, Chioma and their mother connived to share them without his consent.

“In accordance with Igbo culture, their maternal relations from Agwa in the Oguta Local Government Area of Imo State were invited. While their uncles presided over a meeting on Tuesday, house, tempers flared.

“The first and second sons started fighting. While the exchange of punches lasted, one of the twins hit the first son with a big stick and he lost consciousness. He was rushed to a hospital, where he was pronounced dead.

“Their sister, Chioma Azuatalam, who is a police officer, also beat the deceased man’s pregnant wife. The brothers ran away on realising what had happened, but Chioma has been arrested. The deceased had two daughters and his wife is heavily pregnant.”

The police spokesperson in the state, Orlando Ikeokwu, confirmed that Chioma and one of thee siblings, who hit the deceased with a wood, had been arrested.

“Preliminary investigation reveals that the late Chinonso was protesting the formula used in the sharing of the Father’s property, as a result of which he picked up a matchet and threatened to cut his mum.

His sister, who is a police officer, called her two other brothers. They came and a fight ensued and one of them hit him with a wood. He lost consciousness and was rushed to the Federal Medical Centre, Owerri, where he was pronounced dead.

“Their sister, who is a police officer is in police custody. One of the brothers, who hit the deceased with the wood, has also been arrested,”Ikeokwu said.

The police spokesperson said the corpse has been deposited in the morgue, while effort is on to arrest the other fleeing siblings.

KanYiDaily had also reported that a 24 year old woman, Alice Chikono, was dragged to court for allegedly strangling her 5-year-old stepson to death and trying to set her 8-year-old stepdaughter on fire so that she could inherit her husband’s house in Zimbabwe. 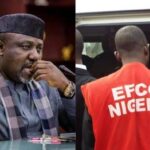 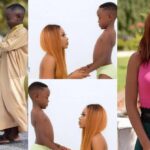