A couple has been arrested for killing and burying their 28-year-old son for being ‘too stubborn’ in Imo State. 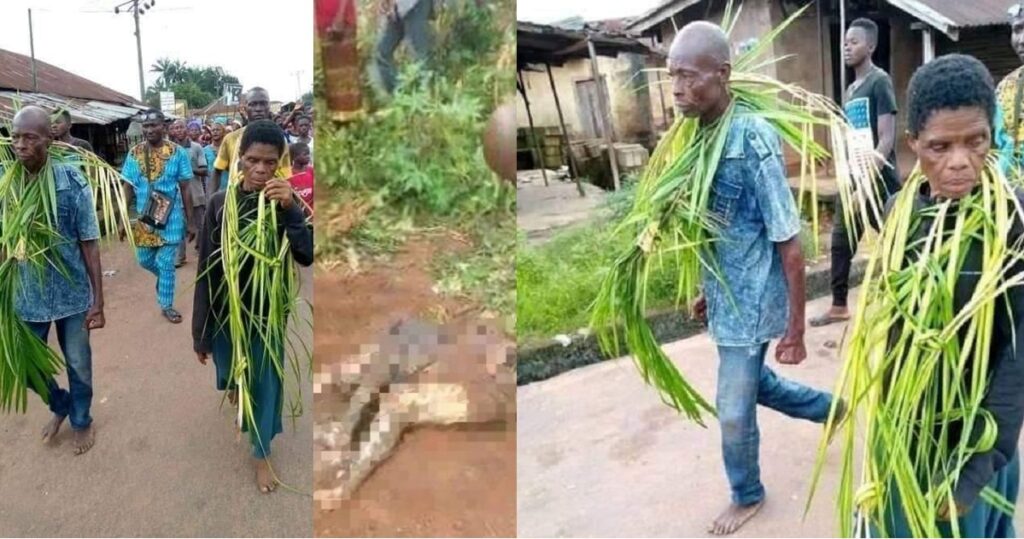 Imo State Police Command has arrested a couple and their daughter for allegedly killing and burying their 28-year-old son, Chukwuebuka Ukachukwu, at Duruegwele in Isiala Mbano Local Government Area of the state.

The couple, Lambert Ukachukwu, his wife and daughter, were alleged to have connived and murdered the 28-year-old boy on Saturday for being stubborn and giving their family sleepless nights.

It was gathered that the deceased was hit on the head with a sharp object and was left to bleed to death after which he was buried in a shallow grave close to his parents’ residence.

The Nation quoted a source in the community saying that both suspects were apprehended by the youths of the community who were suspicious of the whereabouts of the deceased.

“When we confronted the father he told us that the boy has travelled to Ghana but when we pressed further threatening to burn down the house, the daughter confessed to the crime,” one of the youths said.

The source said that the couple and their daughter have been handed to the police, while the deceased immediate older brother called Philip, is on the run after he was declared wanted over the death of their last child.

When contacted on Friday, the Police spokesman in the state, CSP Michael Abattam, confirmed the incident saying: “Yes it is true. I will send the details across to you later.”

ALSO READ: “My Wife Is Stubborn, I Killed Her For Having Affair With Her Ex-boyfriend Against My Warning” – Man Confesses