A Minnesota judge has just sentenced former police officer Derek Chauvin to 22 1/2 years in prison for the murder of George Floyd.

Derek was seen on video pressing his knee onto Floyd’s neck for 9 minutes and 29 seconds as Floyd lay facedown on the asphalt outside a convenience store with his hands cuffed behind his back. The police had been called to the store after Floyd allegedly used a counterfeit $20 bill to pay for cigarettes.

The killing triggered massive protests against racial injustice and also prompted reviews of the police use of force — including how much the law should protect officers when someone dies in their custody.

The guilty verdict against Chauvin was hailed as a civil rights victory. Since then, his prison sentence has been awaited as a possible affirmation of that victory.

Under Minnesota law, people sentenced to prison become eligible to be considered for parole after serving two-thirds of their sentence, as long as they’ve had no disciplinary problems while in custody.

Chauvin was in court for Friday’s sentencing hearing, wearing a suit rather than a prisoner’s uniform by a special order of the court. 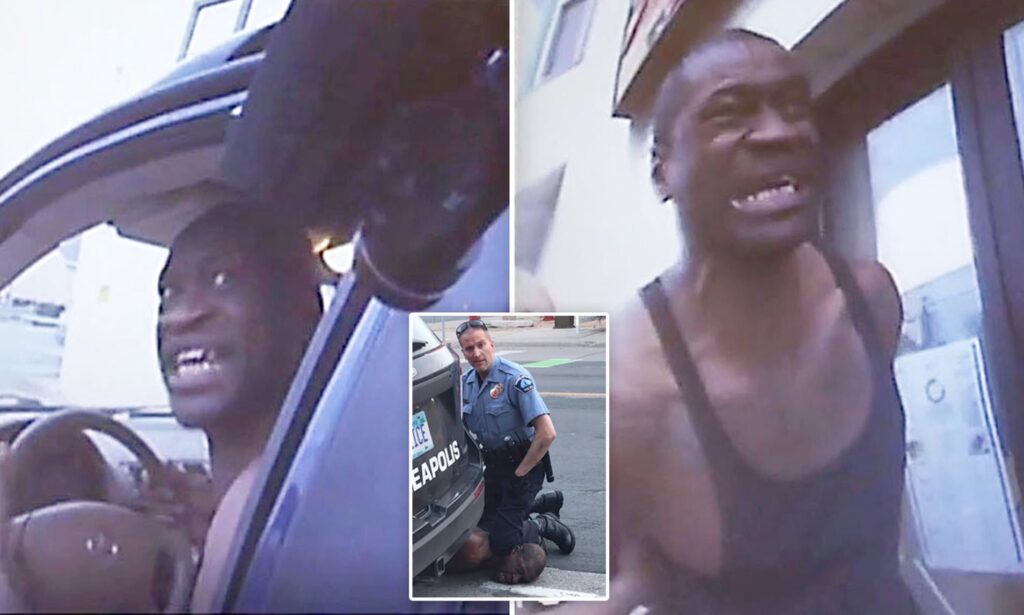 Derek Chauvin, who did not testify during his trial, addressed the court in remarks that he said would be kept brief as he is still facing other legal issues — including federal charges.

“I want to give my condolences to the Floyd family,” Chauvin said as he looked toward Floyd’s relatives in the courtroom.

“There’s going to be some other information in the future that would be of interest. And I hope things will give you some, some peace of mind. Thank you.”

Chauvin “is the first white officer in Minnesota to face prison time for the killing of a Black man,” according to member station Minnesota Public Radio.

As he issued the sentence, Hennepin County Judge Peter Cahill said Chauvin will be credited for the 199 days he has already served in detention.