An eight-year-old Hindu boy is facing the death penalty in Pakistan after becoming the youngest person ever charged with blasphemy in the Asian country. 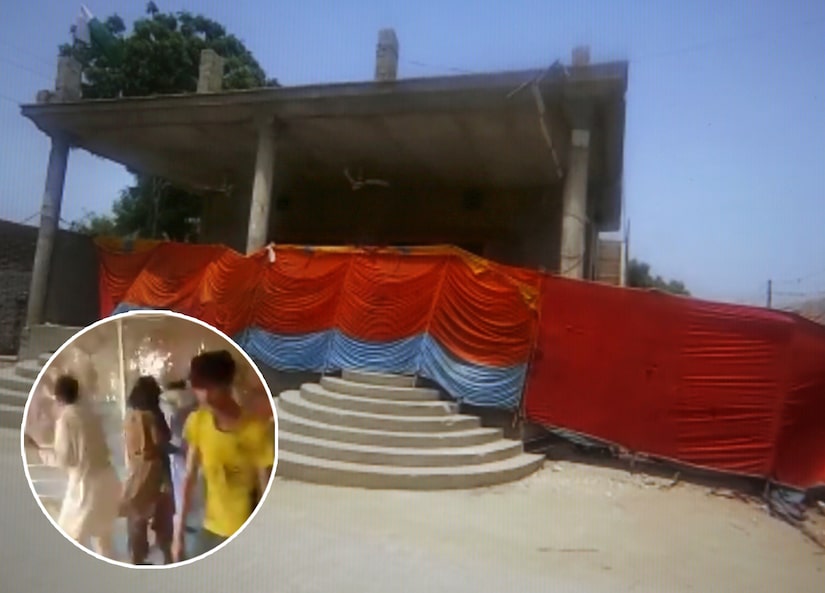 The boy, who is currently being held in protective police custody, was accused of intentionally urinating on a carpet in the library of a madrassa, where religious books were kept, last month.

It was learnt that after a court granted bail to the child, who was charged with blasphemy which carries the death penalty, a group of Muslims attacked a Hindu temple in outrage following the accused boy’s release last week.

As a result of the mob action, the boy’s family are currently in hiding and many residents of the Hindu community in Punja, have fled their homes out of fear.

Pakistan soldiers were deployed to the area to quell any further unrest. 20 people have been arrested in connection with the temple attack.

READ:  How I Died, Came Back To Life And Miraculously Got Healed Of Colon Cancer – Nigerian Man [Video]

Speaking from hiding, a member of the boy’s family told the Guardian: “He [the boy] is not even aware of such blasphemy issues and he has been falsely indulged in these matters. He still doesn’t understand what his crime was and why he was kept in jail for a week.

“We have left our shops and work, the entire community is scared and we fear backlash. We don’t want to return to this area. We don’t see any concrete and meaningful action will be taken against the culprits or to safeguard the minorities living here.”

Legal experts are shocked at the blasphemy charges being filed against the child.

Ramesh Kumar, a lawmaker and head of the Pakistan Hindu Council, said: “The attack on the temple and blasphemy allegations against the eight-year-old minor boy has shocked me.

“More than a hundred homes of the Hindu community have been emptied due to fear of attack.”

Kapil Dev, a human rights activist, said: “I demand charges against the boy are immediately dropped, and urge the government to provide security for the family and those forced to flee.”

“Attacks on Hindu temples have increased in the last few years showing an escalating level of extremism and fanaticism. The recent attacks seem to be a new wave of persecution of Hindus”

Footage circulating on social media appears to show an angry mob attacking and vandalizing the temple with iron bars and sticks last week.

Ahmad Nawaz, a spokesperson for the Rahim Yar Khan district police, said: “Police are hunting the attackers and police teams are conducting raids to arrest the culprits but there has been no arrest made yet.”

Pakistan’s prime minister, Imran Khan, condemned the mob attack on Twitter, saying he has ordered the provincial police chief to take action against anyone involved, including negligent police officers.