Pastor Faith Oyedepo, the wife of the General Overseer of Living Faith Church Worldwide, Bishop David Oyedepo, said God expects women to be in subjection to their husbands. 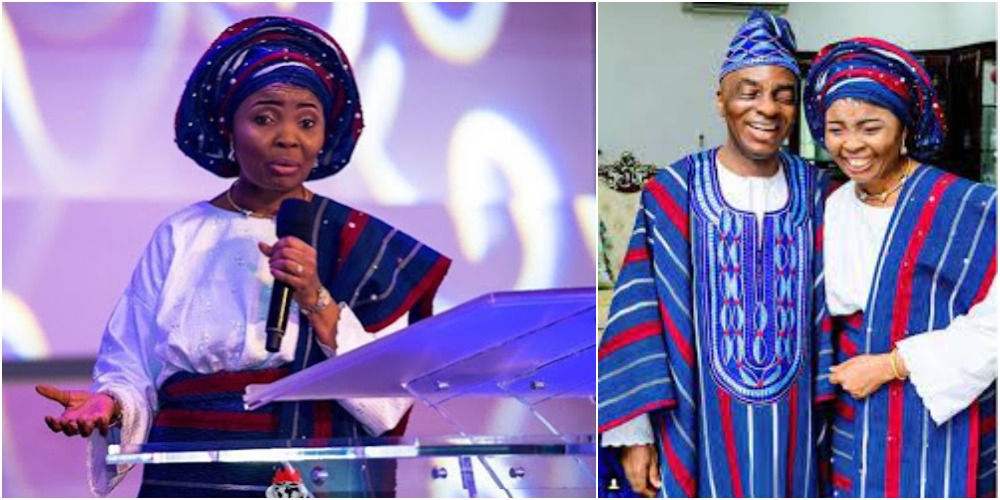 Oyedepo’s wife stated this in a post shared on her Facebook page while reacting to a Nigerian feminist group that berated her husband over his recent remark where he advised them (feminist) against getting married, saying it’d lead to frustration and devastation.

According to her, any woman or women organization that attempts to question the position of the man in the family is under a demonic influence, noting that God expects women to be in subjection to their husbands just as the church is subject to Christ.

“Any woman or women’s organization that attempts to question the position of the man in the family should be regarded as being under a demonic influence.

“God expects that just as the Church is subject to Christ in everything, even so, women should be in subjection to their husbands in everything,” Faith Oyedepo said.

READ:  7 Celebrities Share What Valentine Means to them and their plans for the day 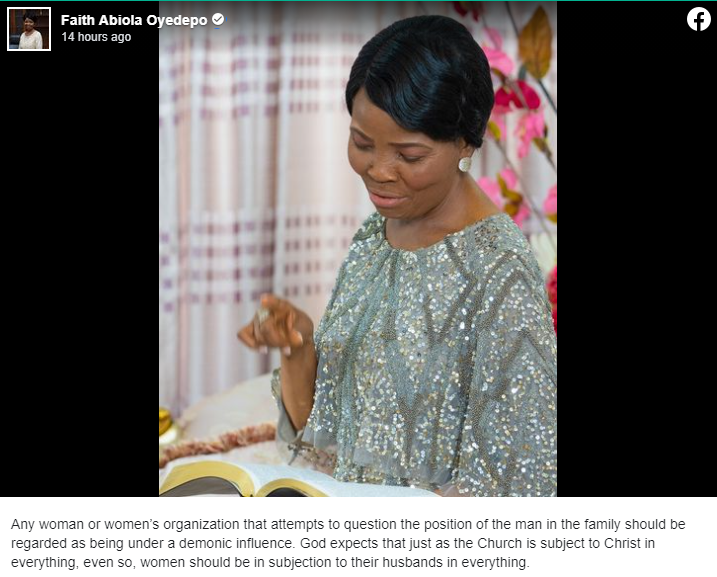 KanyiDaily recalls that Bishop Oyedepo had also revealed that a sex-starved marriage is heading for destruction because couples will be tempted to cheat when they lack sex in their union.

READ:  I Can’t Get Pregnant Unless I Want To, My Womb Is Sealed - BBNaija’s Khloe [Video]