Drake and Chris Brown proved beyond a doubt that they had squashed their past feud when Drizzy invited Breezy on stage at his Los Angeles concert on October 12.

Drake is excited as he is to be on good terms with Chris again. Drake’s so down with cutting as much unnecessary drama as possible out of his life, so he’s happy to be cool with Chris again, and also Meek,” a source said.

After all that has gone down this year, especially Mac Miller’s death, Drake has really re-evaluated what’s important in life, and what’s not.

This doesn’t mean Drake’s now gonna be some pushover peace and love soft touch. If you come at him, his family, or his circle, he’ll hit back hard.

Drake has learned his lesson from his beef with Kanye West and Pusha T. If you run your mouth and talk shit, he’ll call you out for it, like Pusha, and Kanye.

But he will be smarter about picking his fights going forward and stop sweating the dumb stuff.  Drake was torn up over Miller’s death.

Drake was really cut up about Mac Miller’s death, It hit him hard as Mac was one of the kindest, most genuine guys in the business, and his passing is just a senseless tragedy in addition to a great loss to the music industry. 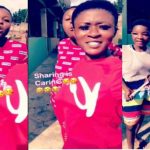 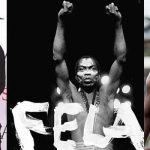