Hanan Buhari, the youngest daughter of President Muhammadu Buhari, has shared a video of herself singing the lyrics of “Koroba”, a song by popular singer, Tiwa Savage.

In a video shared on her TikTok, Hanan and her friends were heard singing; “…Shebi na national budget, we go blow am like trumpet…” joyfully.

It was learnt that the footage was recorded at the wedding ceremony of her brother, but Hanan reposted the video on her TikTok page and it has garnered several reactions from Nigerians.

The video has generated lots of reactions from Nigerians criticizing Hanan for singing “Shebi na national budget, we go blow am like trump…” which is a common phrase that literally means “national funds owned by everybody that would be spent by only to a few”.

KanyiDaily had reported how Hanan Buhari was given out in marriage to Mohammed Turad Sha’aban, a special assistant to former Lagos State Governor and current Minister of Works and Housing Babatunde Fashola. 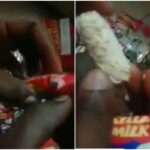 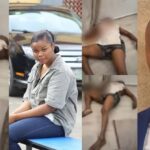