Indonesian High Commissioner to Nigeria, Usra Harahap has defended the assault carried out by his country immigration officers on a Nigerian Diplomat, Abdulrahman Ibrahim in the Asian country.

KanyiDaily had reported how a Nigerian diplomat in Indonesia was seen in a viral video being tortured, brutalized, and treated like a criminal by the Indonesian immigration officials.

Ibrahim reportedly suffered maltreatment because the Indonesian immigration officers were not satisfied with the diplomatic documents he gave to them last Saturday in front of his official quarters in the Asian country.

In a video circulating on social media, three immigration officers could be seen in a vehicle assaulting the Nigerian official, ignoring his screams of pain and plea.

While two of the men held Ibrahim’s hands and pinned him down in the backseat, another freely assaulted his unprotected head as he screamed “My neck”, “I can’t breathe!”.

The video sparked a diplomatic row between Nigeria and Indonesia with the Federal Government recalling Harahap for consultation over the ugly incident, while threatening a review of the bilateral relations between the two nations.

Reacting to the viral video, Harahap revealed that the assaulted Nigerian diplomat was the aggressor during his encounter with Indonesian immigration officers.

According to Punch, the envoy said that the Indonesian immigration officers were carrying out surveillance on foreigners when they asked Ibrahim for identification but the diplomat allegedly refused to identify himself or tender his passport.

“By that time, they met with Mr Ibrahim and politely requested him to show his travel document. He answered that his passport was in his room.”

“Then the officer asked again, ‘Can we see your travel document to check the residence permit and if there are no problems with the document, so you may continue your activities. Mr Ibrahim was not willing to show his passport and said to the officer, ‘you will know who really I am and be careful on that.

“Instead of showing his identity card, Mr Ibrahim was angry and said, ‘Just arrest me and you will regret to know who really I am.’

“The officer said, ‘We will not detain you, further sir if you can show us your identity card.’ Then Mr Ibrahim said, ‘Where is your car, I’ll come to your office.’

“This led to other officers restraining him from attacking another officer during the trip,” Harahap said.

He disclosed that Ibrahim later showed his identity card, adding that the issue was resolved when the Nigerian High Commissioner to Indonesia arrived at the South Jakarta Immigration Office.

Nigeria’s ambassador, Usman Ogar and the affected diplomatic officer, Abdurrahman Ibrahim are on their way to Nigeria as at the time of filing this report. They are expected to arrive soon.

KanyiDaily had also reported how some armed men invaded the Nigerian High Commission in Ghana and destroyed some portion of the staff quarters under construction. 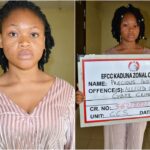 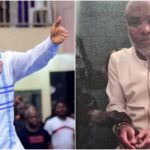