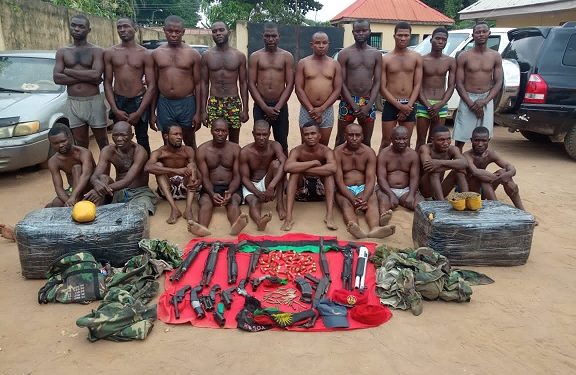 Okeke was paraded alongside 25 other suspected members of IPOB, including seven women arrested in a hotel located in Orlu, at the Command’s Headquarters Owerri.

Commissioner of Police, Abutu Yaro said the suspects were been held in connection with terrorism and attacks on security agencies and private individuals where several Police stations were burnt down and police officers killed in numbers.

He said on interrogation, Okeke, 57, confessed being a facilitator and financer of IPOB/ ESN operations in the state to the tune of N10m while he was outside the country.

The police boss disclosed the suspects were arrested through the assistance of one of the bandits, Emmanuel Nnaji (15) years, a native of Awala in Ideato South LGA of Imo State, who was arrested after the recent attack on Omuma Police station and Njaba Police Station respectively.

On interrogation by the command’s tactical teams, the suspect gave a vivid description of a hotel located in Orlu as where they, the bandits stayed, planned, before they executed their dastardly act on the police stations.

This comes just three days after an alleged ‘ESN native doctor’ was arrested with explosive device and charms by the Police in Owerri, Imo State. 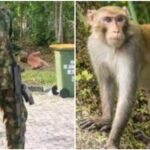 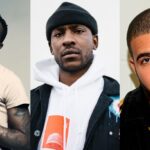