A 13-year-old student identified Yahaya Aliyu has been flogged to death by a teacher at the Federal Government College, Kwali in the Kuje Area Council of the Federal Capital Territory, Abuja. 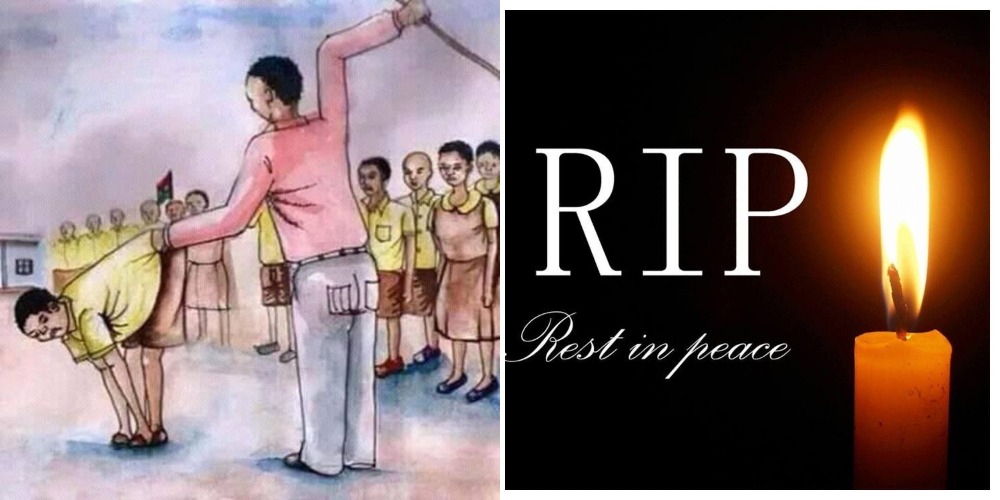 According to Punch, the teacher identified as Mrs. Gibson allegedly beat the boy who was a Junior Secondary School 2 student for failing to do his assignment.

A source who pleaded anonymity said that Aliyu was unable to complete his assignment because he was not healthy and had visited the school clinic for treatment.

“On Monday, August 9, Aliyu was not feeling well and had visited the school clinic for treatment. He was unable to get treatment because he had not eaten that day.

“Aliyu went back to class; his colleagues were submitting their assignments then and his teacher requested for Aliyu’s own but he didn’t complete it.”

READ:  Nigerian Apprentice Flees To Seme As His Wife Gives Girth To Quadruplets At Lagos Hospital

The source disclosed that his teacher flogged the student with a bucket handle, and she hit him in the head while trying to punish him for not finishing up his assignment.

“The teacher gave him a punishment to serve and she later used a bucket handle on him. He was hit with on his head several times.

“After he was released, he put his head on his table. Some of his colleagues noticed that he was quiet and they checked on him. They raised the alarm to the authorities and he was rushed to the hospital. That was how he died. We learnt later in the day that students in the school protested on the premises of the school,” he added.

When contacted, the FCT Police Command’s spokesperson, ASP Mariam Yusuf, confirmed the incident, adding that the police was investigating the matter.

KanyiDaily had reported how a secondary school student was caught with a local gun to shoot her teacher who asked her to cut her colored hair in Cross River State.

READ:  Police Rescues Man Who Buried Himself Alive To Attain Salvation And Be Resurrected After Three days As God - Watch Video