President Muhammadu Buhari said he is waiting for the actions taken by the state governments before he would act on the reports of the judicial panels of enquiry set up by states. 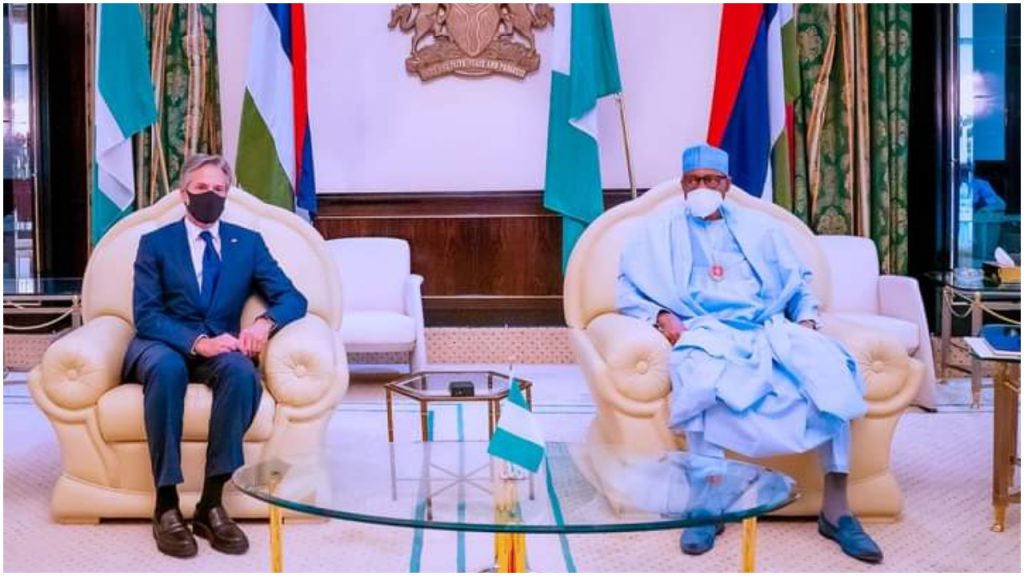 Buhari stated this following the report by the Lagos State Judicial Panel of Inquiry on the shooting incident that occurred last year during the #EndSARS protest at the Lekki Toll Gate.

READ:  Video: Woman Visiting Cemetary Gets The Shock Of Her Life When Man Buried Alive Starts Waving Arm From Inside Grave

Speaking on Thursday at a meeting with Antony Blinken, United States secretary of state, in Abuja, Buhari said state governments will have to take steps on the reports of their panels, before the federal government acts on the recommendations.

Buhari in a statement by Femi Adesina, presidential spokesman said “So many state governments are involved, and have given different terms of reference to the probe panels.

The US secretary of state described the report of the #EndSARS probe panel as “democracy in action”, and said he looks forward to necessary reforms within security agencies.

Speaking on the removal of Nigeria from countries violating religious freedom, Buhari said his administration remains committed to freedom of worship, adding that “no one is discriminated against on the basis of his or her faith”.

He also expressed his appreciation to the US for its support in the sale of military weapons to Nigeria to fight insecurity.

“It’s helping us to stabilise the situation in the north-east, and we’ve made a lot of progress since 2015. We are doing a lot on security, and the people involved appreciate our efforts,” he said.

Meanwhile, the House of Reps Minority Caucus has called for the immediate resignation of the Minister of Information and Culture, Lai Mohammed, for lying about the killing of unarmed #EndSARS protesters at Lekki Toll Gate.

READ:  "The Evil I Feared In PDP Has Befallen Me Ten Times In APC" - Says Okorocha