The Minister of State for Labour and Employment, Festus Keyamo (SAN) has dismissed the report by the Lagos State Judicial Panel of Inquiry on the shooting incident that occurred last year during the #EndSARS protest at the Lekki Toll Gate. 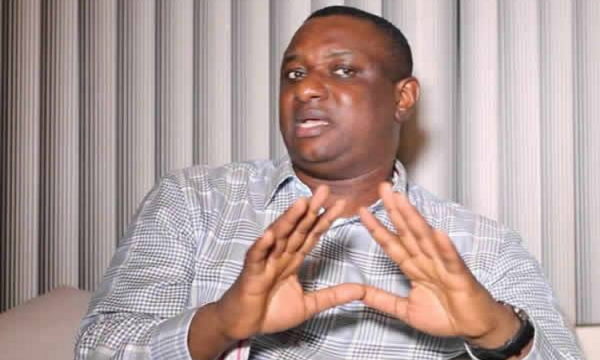 The report listed 48 names as casualties of the Lekki shooting. Among which, 24 sustained gunshot injuries, while 15 others were assaulted by soldiers and police.

During an interview on Channels Television on Sunday, the minister said the report was “illegal and a waste of time”, adding that the Lagos state government, which set up the judicial panel, lacks the power to probe the conduct of police and military officers.

“All lawyers who are listening to me should go back and read the Tribunals of Enquiry Act of Lagos State. It says that the governor will have the powers to inquire into the conduct of any person – underline any person – and chieftaincy matters and any other matter that will promote the good of the public.

“However, ‘any person’ there was defined in Section 21 to mean public officers of the state. It is defined to mean somebody within the public service of Lagos State or of the local government as the case may be.

“However, if you look at Section 21 again, it says that it has to be within the legislative competence of Lagos State. In other words, it is only people over whom the Lagos State has control that they can inquire into their conduct. If you don’t have control over me, you cannot inquire into my conduct.

“Lagos State cannot be in control; they cannot legislate too, regarding police and military matters; they are on the Exclusive Legislative List. To inquire into the conduct of policemen and military, no state government can’t do that.”

KanyiDaily recalls that the Minister of Information and Culture, Lai Mohammed had also dismissed the report which he described as “fake news, tales by moonlight”, saying that the Lagos Judicial panel shockingly compiled and submitted allegations made by Nigerians on social media.