Lagos State Governor, Babajide Sanwo-Olu has released a White Paper on the report of a judicial panel set up to investigate the shooting incident that occurred last year during the #EndSARS protest at the Lekki Toll Gate. 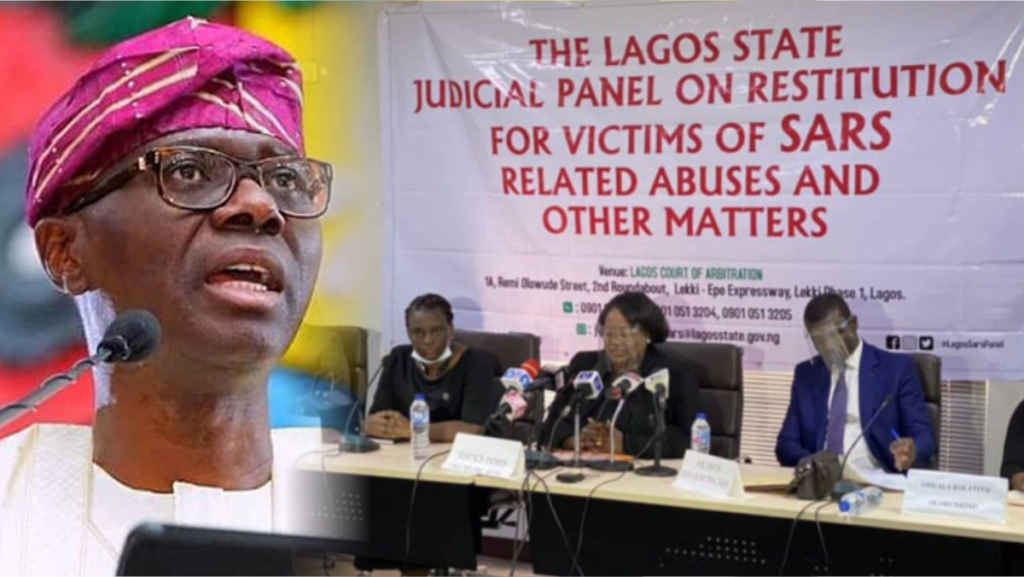 Lagos Government spokesman Gboyega Akosile told Peoples Gazette on Tuesday night that “the white paper said the claim that many people were killed in Lekki as contained in the judicial panel’s report was false. It’s based on assumptions and speculations.”

The report listed 48 names as casualties of the Lekki shooting incident. Among which, 24 sustained gunshot injuries, while 15 others were assaulted by soldiers and police.

The panel submitted its report on November 15, 2021, after which Sanwo-Olu set up a White Paper committee led by Lagos State Attorney-General and Commissioner for Justice, Mr. Moyosore Onigbanjo (SAN).

In the White Paper obtained by The PUNCH on Tuesday night, November 30, Sanwo-Olu faulted the panel’s report that nine persons were killed at the toll gate when soldiers stormed the protest ground to disperse the protesters.

The Lagos government described the claim of the panel that nine persons were shot dead as “assumptions and speculations”, adding that it would not allow lies to fester over the incident that sparked a nationwide uproar last year.

According to the white paper released on Tuesday by the Lagos commissioner for information, Gbenga Omotoso, the state government said not all the recommendations in the report would be accepted.

The document reads, “Lagos State Government accepts 11 out of the 32 recommendations made by the JPI in its report of 15th November 2021, rejected one (1) and accepted 6 (six) with modifications.

“Fourteen (14) recommendations fall outside the powers of Lagos State Government and will be forwarded to the Federal Government for consideration.”

On the deaths recorded in the judicial panel report, the white-paper committee said the details in the document are insufficient to hold that the victims listed in the panel’s report were killed at the Lekki tollgate.

“This finding of nine (9) deaths at LTG on 20 October is even more baffling because apart from listing out their names in that form at pages 297-298, the JPI offered no explanation regarding circumstances of their death. The names simply sprang up at pages 297-298 of the report without any justification,” the committee said.

“On the basis of the above fundamental inconsistencies in the findings the JPI regarding the nine (9) deaths at LTG, and particularly because the findings are clearly and mainly not supported by evidence before the JPI as attested to by the JPI itself, when it said there was no contrary evidence to that of Prof. Obafunwa that only one person died at LTG of gunshot wounds at LTG on 20th October 2020, the Government is therefore unable to accept the finding that nine people died of gunshot wounds at LTG on 20th October 2020.”

KanyiDaily recalls that a few days ago, the Minister of Information and Culture, Lai Mohammed had also dismissed the Lagos #EndSARS report, calling it “fake news” and “tales by moonlight”.

READ:  US Govt Speaks On Placing Visa Restrictions On INEC Chairman, Commissioners, Others