Lagos State Governor, Babajide Sanwo-Olu has invited some leading entertainers including Falz, Mr Macaroni, and Seun Kuti to join him for a peace walk in December 2021 in commemoration of the #EndSARS movement. 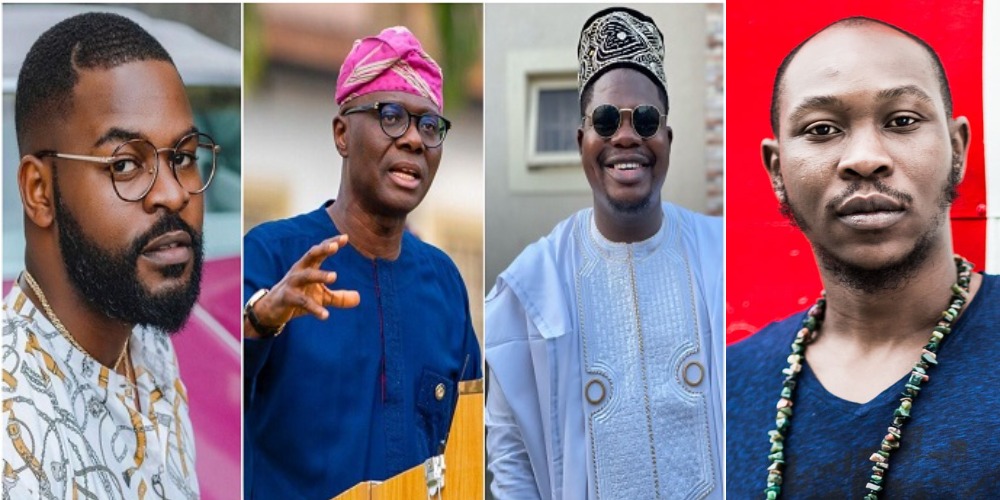 Governor Sanwo-Olu, who made the call on Tuesday during a press conference held at the state house in Alausa, Ikeja, said the peace walk is part of measures to the healing of the state in particular and the country in general.

He said, “Dear Lagosians, this month of December, I will be leading a walk of peace to herald the healing of our land, let me, therefore, use this occasion to extend an open invitation to all of our youths, members of the diplomatic board, civil society groups, gentlemen of the press, media and other stakeholders to join me.

“Let us show the world who we are. We are Lagosians. A people of great renown, driven by the irrepressible spirit of Lagos,” he added.

This comes a few weeks after Lagos panel of inquiry on #EndSARS submitted its report to the state government, in which it clearly found that the Nigerian Army and police fired live bullets at peaceful protesters at the Lekki Tollgate on Tuesday night, October 21, 2020.

The report listed 48 names as casualties of the Lekki shooting. Among which, 24 sustained gunshot injuries, while 15 others were assaulted by soldiers and police.