A young Nigerian man has taken to social media to narrate how six police officers assaulted him and threatened to hand him over to the Economic and Financial Crimes Commission (EFCC) because he drives a Lexus car. 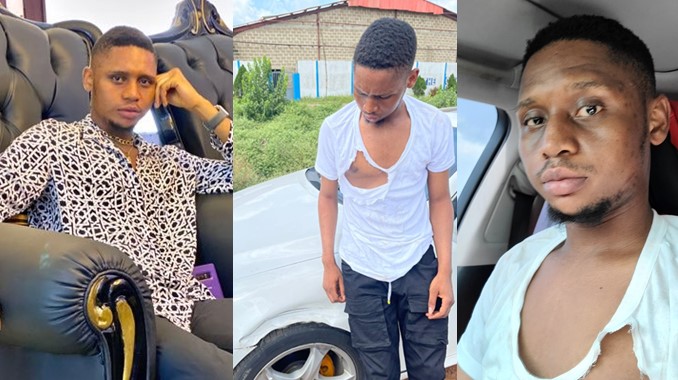 In a post shared on his Twitter handle @southpaw_king01, the man said that while he was going to Lagos from Ibadan, his car was bashed and when he came down to inspect the damage, six police officers with guns and threatened to hand him to EFCC in Lokoja.

The man said that when he insisted on being taken to the anti-graft agency, they slapped him, tore his clothes, and forced him into their vehicle where they attempted to extort him, but he refused to give them any money and eventually dropped him off.

He wrote; ”I was brutally harrased by police officers who claimed to be interpol on my way to Lagos from Ibadan.. I came down from my car when I noticed a strange car bashed me and they( 6 in total) came with guns and without much talks they said they will take me to Lokoja @SavvyRinu

READ:  Coronavirus Can't Come Near You If You're In The Secret Place Of The Most High - Pastor Adeboye [Video]

“Omoo one kind mad slap hit me like this ehnn my brain just blanked and entered with tears in my eyes..I guess they later knew I was clean cos On our way to Efcc they just calmed down and asked me to do them normal and I blatantly denied giving them anything and they drove me to one bush in Ogere where they decided to let me go.. The same officers that are meant to protect us are the ones harrasing us.. I’m in pains

“The most painful part was that people watched as I was being beaten on the road without doing anything.. Handcuffed like a criminal just cos I drive a Lexus.. This country saddens me daily”

KanyiDaily had also reported how a court sentenced a 25-year-old man, Bala Hassan, to two years in prison for allegedly saying that “all police officers were thieves.”