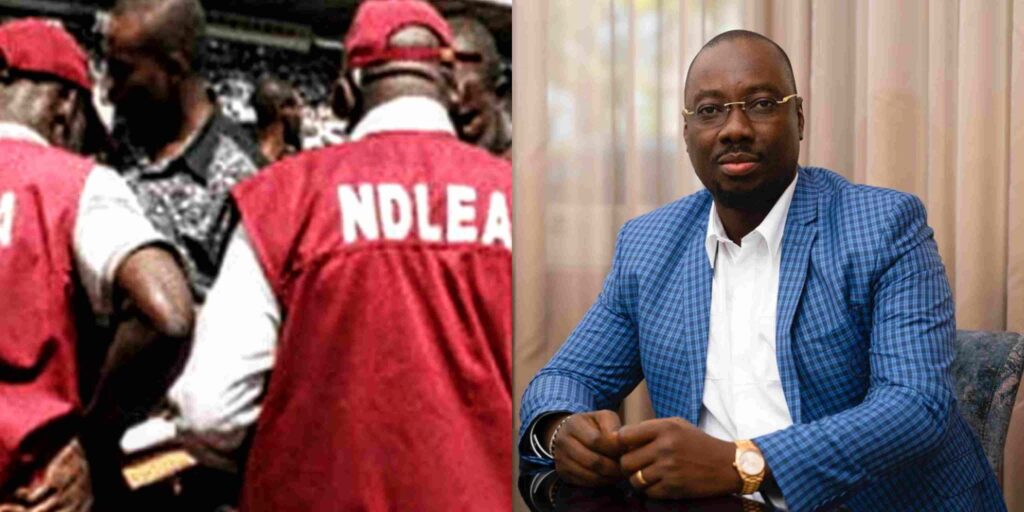 It was gathered that Obi Cubana, who is the chairman of the Cubana group of companies, was questioned on Thursday, January 13, 2022, for about five hours at the Abuja headquarters of the NDLEA before he was granted bail.

The socialite was said to have arrived at the NDLEA headquarters at about 9 am based on invitation over some foreign transactions involving payments and transfer of huge foreign currencies that needed clarifications but was allowed to go home at about 2 pm.

Punch quoted a  source saying that suspicious payments made into Cubana’s account by three convicted drug dealers from Malaysia, Nigeria, and India may be the reasons behind his invitation.

The source said, “Obi Cubana arrived at the NDLEA office around 9 am and responded to questions for some hours before he was granted bail at 2 pm.

“There are suspicions that he may be a drug kingpin. Some convicted drug dealers paid funds into his account. We have been able to establish three of such payments.

READ:  Cubana Chief Priest Speaks On Alleged Attack On His Convoy By Gunmen In Imo [Video]

The socialite was allowed to go home in order to get some documents which would be presented to the NDLEA at a later date.

It was gathered that the NDLEA and the Economic and Financial Crimes Commission (EFFC) have widened their probe into Obi Cubana and his business based on the premise that he may be involved in the drug business.

KanyDaily recalls that in November 2021, Obi Cubana was detained by the EFCC for three days as part of investigations into alleged money laundering, tax fraud and other financial crimes before he was released with a condition that he would continue to report back for questioning.