Billionaire club owner, Obinna Iyiegbu, popularly known as Obi Cubana, has been released from the custody of the Economic and Financial Crimes Commission (EFCC). 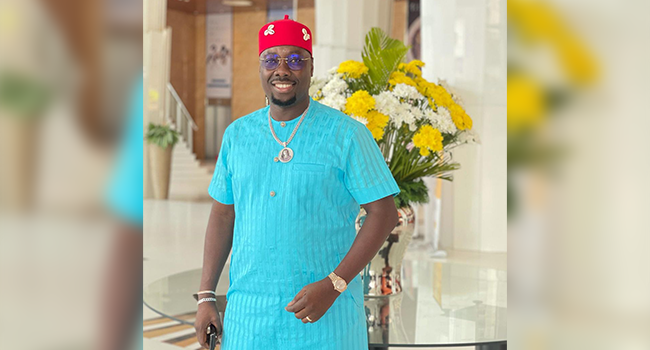 A source close to the case disclosed on Tuesday that the socialite, who spent his first night in the EFCC custody, had been granted bail but was yet to perfect the conditions for his release.

“Yes, he has been granted bail but he is yet to meet the conditions for his release,” the official told Vanguard on the phone on Tuesday afternoon.

The source explained that although the anti-graft agency plans to prosecute Cubana for sundry economic and financial offences, the trial would not commence any time soon.

READ:  “Nigerian Women Should All Be Married, Feminism Is A Waste Of Time” – Senator Adamu Garba

The businessman has now regained his freedom following a post she shared on his Instagram page where he hinted about his release on Tuesday.

Sharing a picture of himself smiling, Obi Cubana wrote: “Okpataozueora! I love you ALL!!❤❤❤❤❤. Unbroken. #manoftheyear2021.”

The development comes after Cubana Chief Priest called for Obi Cubana’s release, pointing out that Igbos are used to getting such treatment from the Nigerian government.

READ:  Prophet Odumeje And Rita Edochie Have Not Contacted Me Since Ada Jesus Died – Husband

“Obi Cubana Has Not Been Released By EFCC, His International Passport Seized”