Nollywood actress, Doris Ogala, who is also a good friend of actress Tonto Dikeh, has debunked the rumours circulation on social media that her marriage had crashed. 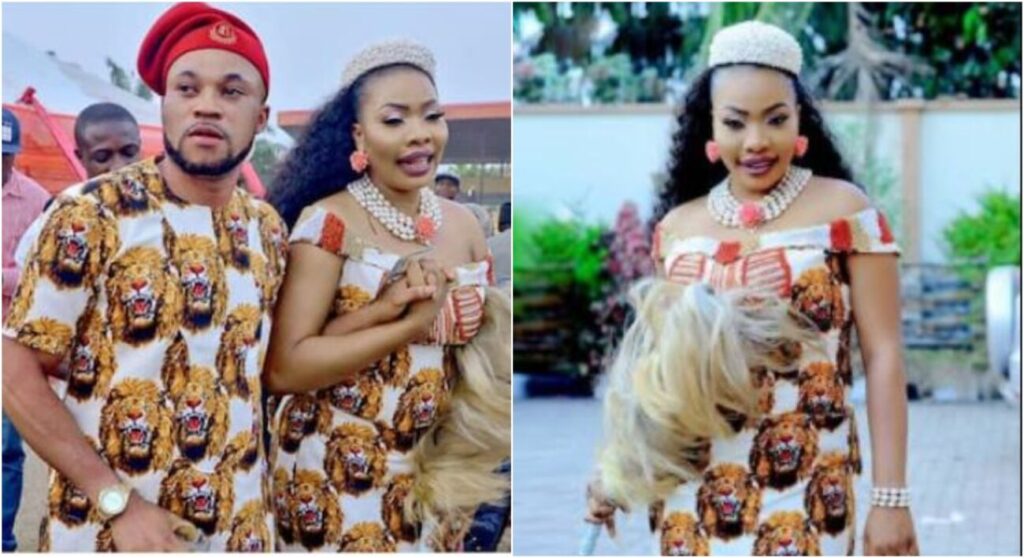 Ogala, who got married to Kingsley Anyanwuagwu in 2019, had taken to Instagram to react to the controversy trailing the divorce of Sandra Iheuwa to Steve Thompson, saying that “Marriage is bitter cola,” adding that she is “scared of marriage.”

She wrote, “The way people are being mocked on social media after divorce made a lot to stick in marriage suffering and smiling! I am not shading anyone! I am just alerting you guys in case!”

“This sh*t called marriage is bitter kola. If I end mine and anyone mocks me, I swear I’ll curse that person! I am scared of marriage.” 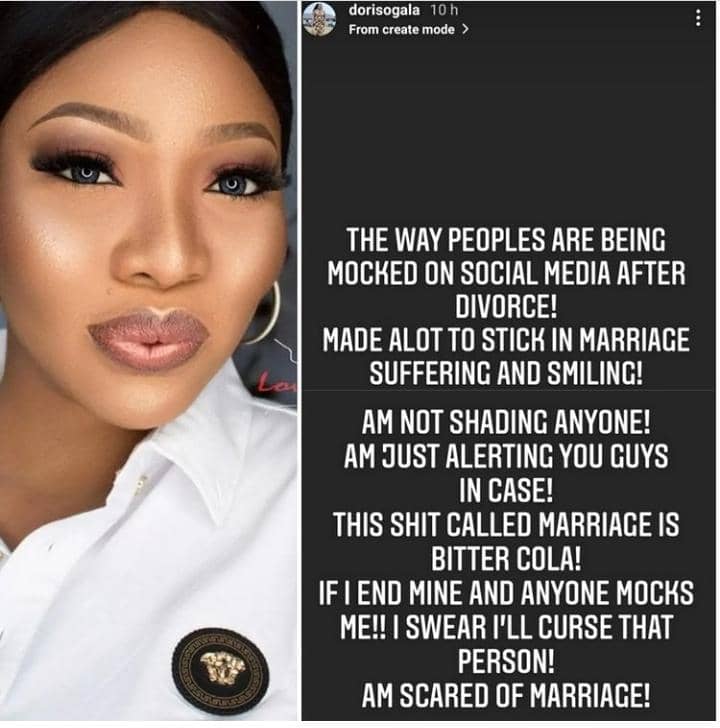 Ogala’s social media post sparked a wave of rumours that she was no longer with her husband, Kingsley Anyanwuagwu.

Reacting to the rumours on her Instagram page, the actress said her marriage is still intact, noting that her previous post about marriage was taken out of context.

She wrote, “It has come to my notice that the posts that I made about not staying in a marriage by force was misunderstood by some people/bloggers/ websites and they had written that my beautiful marriage has crashed.

“Let me state here that I’m still married and give God the glory and lay my marriage at his feet. I hope this clarifies the misunderstanding. I still dey husband house ooh. Thank you.” 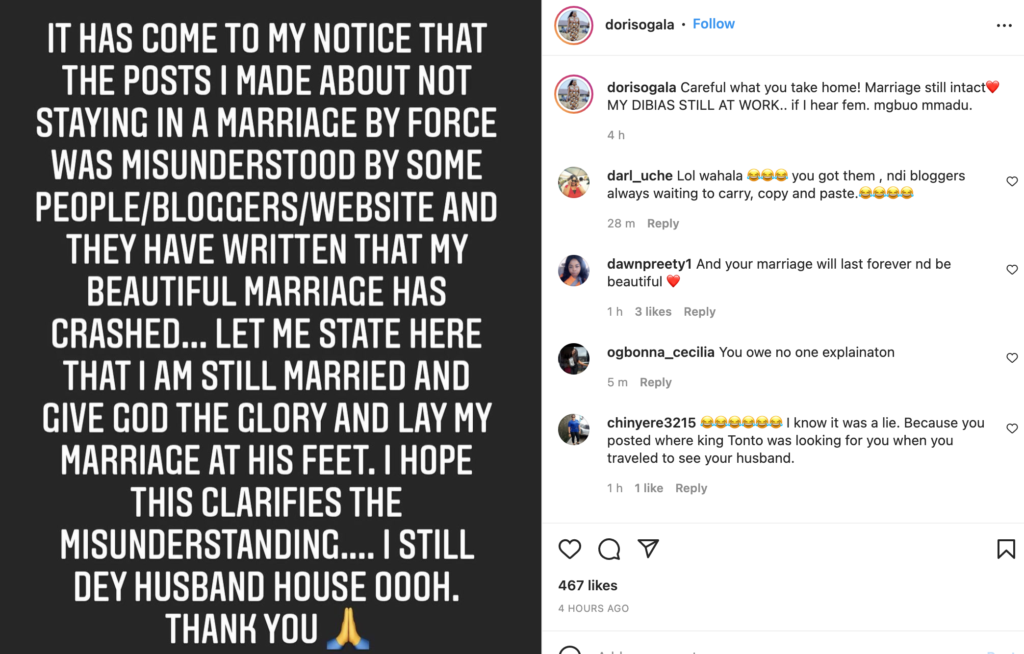 KanyiDaily recalls that Doris Ogala had accused her Nollywood colleagues, Oge Okoye and Uche Elendu, of being husband snatchers, breaking homes, and sleeping around with married men. 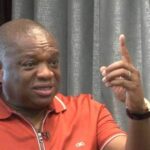 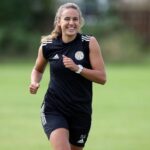