Unknown gunmen invaded the office of THISDAY Newspaper in Utako, Abuja, threatening to kill staff while subjecting them to inhuman treatment.

It was gathered that the gunmen came in through the back fence of the company’s premises at about 3 am yesterday and manhandled the staff.

The company’s private security men, who were on duty, said the armed men subjected everyone on duty, mostly the production staff members, to inhuman treatment – threatening to kill all of them if they attempted to alert policemen.

Although the mission of the armed men is yet to be ascertained, they were said to have left after about 45 minutes of frightening operation, vowing to come back again in the days ahead.

Meanwhile, the THISDAY management has since reported the matter at the Divisional Police Headquarters, in Utako, Abuja.

The recent attack comes ten years after suicide bombers hit THISDAY offices in Abuja and Kaduna,  killing at least 11 persons in the attack that was linked to extremist sect, Boko Haram. 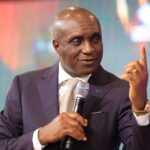 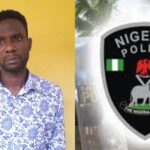