Nigerian artiste, Zlatan Ibile has allegedly stormed the house of his colleague and friend, Naira Marley, to beat him up mercilessly and destroy valuable items. 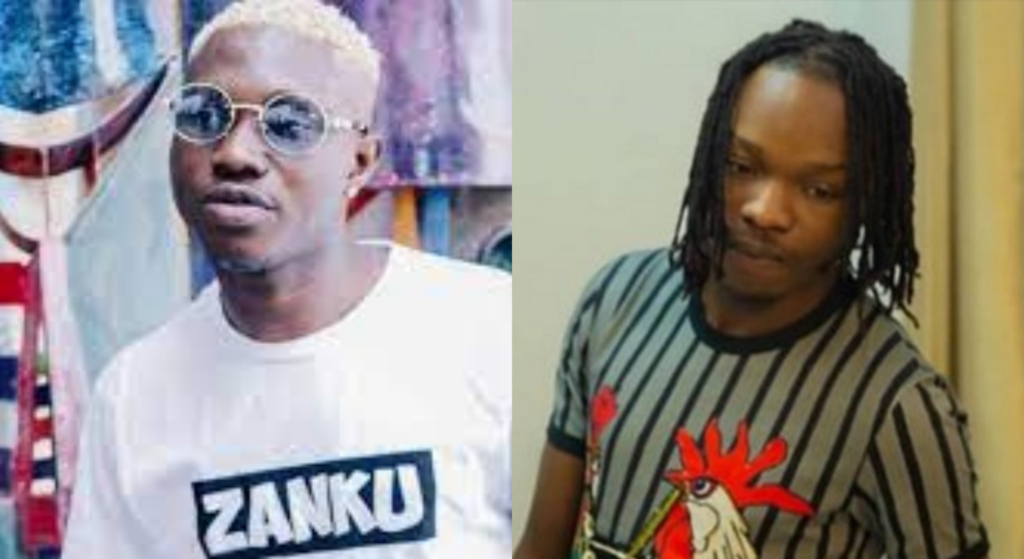 Popular Instagram blogger, Cutie Juls revealed that the incident happened last year when the two friends had a disagreement which was allegedly caused by Naira Marley.

The blogger alleged that Zlatan Ibile angrily gave Marley the beating of his life after storming his house where he allegedly destroyed some speakers amongst other things.

Cutie Juls, who mocked Naira Marly for the beating, said the duo settled their differences not too long after the physical altercation a few weeks before Zlatan’s birthday.

The post reads, “Shey I no tell Una say last year at some point, getting to the end part, Zlatan and Naira had issues. Abeg it escalated to physical and them sha beat Naira.

“Zlatan apparently even stormed Naira’s house where he’s apparently always had access and damaged some speakers amongst other things sha.

“From what we heard o, Naira was at fault. But the most beautiful part is there were able to resolve it in less than 2 weeks. Just before Zlatan’s birthday sha and in no time they were back as brothers again.

“But omo, amebo people say the beating wey Naira chop eehn, if they were women like that beef go long sha. But you no men, they never hold on to grudges Love is still leading ❤️”

READ:  Khafi's Management Reacts To Her 'Sanction' By UK Police Over Appearing In BBNaija Show 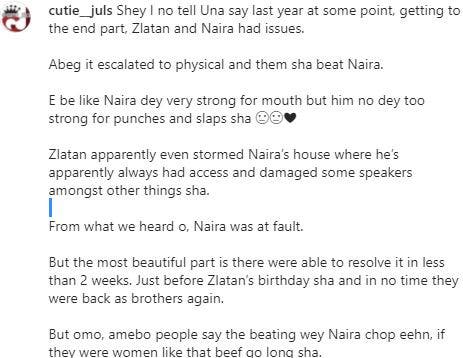