Former senate president, Anyim Pius Anyim has said his presidential ambition will not be limited to where he’s coming from because he’s “a full-fledged Nigerian with experiences across the board.” 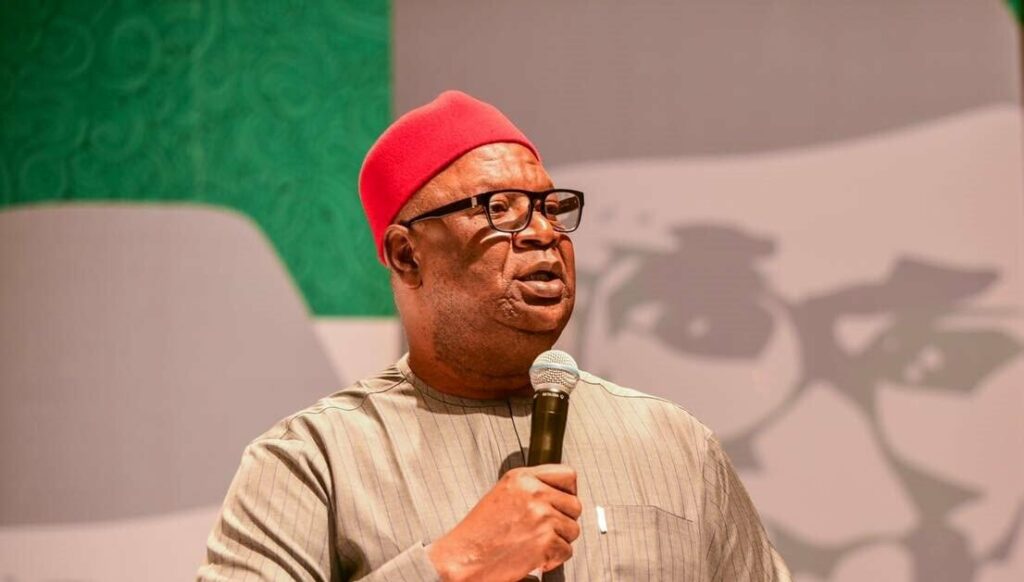 The ex-lawmaker, who declared his intention to run for the 2023 presidency under the platform of the Peoples Democratic Party (PDP), spoke during an interview with Channels TV on Friday night.

According to him, his ambition of becoming the next President of the country would not be limited because he is from the South-East geopolitical zone of the country.

Anyim said he’s contesting to be president with a “nationalistic” pedigree and not on ethnicity sentiments, adding that the call for an Igbo presidency should be stopped.

He said, “In my few years in politics, President Obasanjo from South West became a President not because South-West supported him, they did not want him. They did not support him but Nigerians chose him. Again, in my little political life, President Buhari ran for Presidency three times, each of those three times, he will have a winning vote in major catchment areas in the North but he will not win until he teamed up with the South, he now ran and he won.

“If I am acceptable to Nigerians and Nigerians voted me in as their President it doesn’t matter where I come from. And if you look at my record, I have a pedigree. You can look at my record, you will agree with me that I have been nationalistic. And I don’t think am limited because of where I am from, I think it is a disservice to this nation. I won’t give in to it. I will aspire to a true Nigerian. I will aspire as somebody who has become whatever I have become in my life because I am a Nigerian.

“I will aspire to intervene in the affairs of my country at a time I think my services are needed as I have intervened before even outside the office. The Senate was turbulent, I became the President of the Senate and I stabilized it. And for every reason under the sun, I am not limited from where I am coming from. I am a full-fledged Nigerian with experiences across the board and I want to be accepted as the President of Nigeria across the board.”

On the state of the country, Senator Anyim described the problems facing the country as hydra-headed even as he pointed out that the major challenge the country needed to deal with was the issue bordering on lack of leadership.

He said, “I want to be President because I am a Nigerian first and foremost. Two, because Nigeria has given me so much that I think I should offer the experiences I have gained from serving Nigeria. My knowledge of the country by the vantage positions I had held in this country and by the fact that I think I understand the challenges and I have clarity of what the solutions should be. Am putting my credentials on the table and that is why I think I should run.

Ayim, who explained that his pedigree speaks volumes of his capability and capacity to tackle the present challenges facing the country noted that his administration “will refocus the Nigerian economy to fit into the new world economic direction. In other words, I will take into consideration the fourth industrial revolution and now articulate an economic agenda that will stand on industrialization, talent and innovation, science and technology. I also know that we have the vast huge agricultural resources and I will try to mechanize it.”

“So, what I will do, I will properly segment the problems/ issues and address them. I have always said that when I talk about building consensus, I firmly believe and from my experience in government, that if you just enter the room and generate a policy and throw it at the people certainly it will fail because you need the buy-in of the people for the Policy to succeed.

“So, the first step of building consensus is involving the people in the decision making process, such that by the time they buy into what you bringing out, people will zealously and wholeheartedly embrace it. Government is not just about the leader or a few people in government, the Government must be the responsibility of everybody for it to make progress.

“You give everybody a stake in that Government and of course, that is what we talk about patriotism and people will commit to it and make a success of your policies.”

We Don’t Want To Be Running Mates, Give Us Presidency Or We Leave In 2023 – Igbo Elders