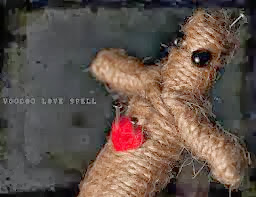 A Lagos based herbalist blew the whistle on one of his female clients after a huge fall out which led his arrest. The herbalist was said to have exposed his client who was using a love charm he had prepared for her to use on her latest conquest – a rich billionaire, identified as Chief Greg.

Reports from The Sun Newspapers says that herbalist set Chief Greg free from the spell in a bid to punish Chiegeonu.

For eight months, Delta State-born billionaire and estate developer, Chief Greg (surname withheld) abandoned his wife, children and home in Abuja and travelled across the world with his newly found mistress, Augustina Chiegeonu. He thought he had found true love but discovered after he had lost a huge chunk of his wealth to a strange lover that he had indeed been under a spell.

“I met her in one of my business trips in Lagos and months later she was all that mattered to me. Could you believe that I left home for the past eight months travelling from one country to another with her? I spent millions of naira funding her various boutiques in Lagos and Abuja. I bought houses for her in Abuja and was ready to give her all, till this man who God will continue to bless rescued me”, he told Saturday Sun after he recovered his senses.

Chief Greg was let loose only after a quarrel burst the deal between Augustina and her herbalist, Segun Adesoye who prepared the love charm used on the billionaire businessman.The middle aged herbalist based in Lagos sensationally told how he was contracted by Augustina to hypnotise the victim with love charm that will make Greg divorce his wife and marry her. however, trouble started when part of the deal which was for the man to get married to Augustina dragged for months.

Sometime in November 2013, the lady who was infuriated having expended more than N5.5million on the contract without any positive result, alerted the police at Lagos State Criminal Investigation Department, Panti.  She alleged that the herbalist defrauded her. As such, Adesoye was promptly arrested.

Unhappy that Augustina had to go to the point of getting him arrested, the herbalist decided to let the cat out of the bag. Having secured his bail from police detention, he sought to see the victim who was still spell-bound under the voodoo.
According to Adesoye:

“She (Augustina) is one of my major customers who I normally mix concoction to trap wealthy men. It may sound like a joke to you but the truth is that my charm which I normally procure from Osun State has its potency. She visited my house which I normally use as a shrine with the picture of this man (showing the photograph of Greg). She said that the man is very rich but stingy to a fault. Initially I told her to bring N1.8million to enable me start the process. We agreed that as soon as the man starts yielding to her demands, she would pay the balance of N700, 000.  “Few weeks later, she returned with my balance grateful that my charm was doing wonders. Normally she is expected to renew the charm every two months or it will lose its effect.”

The herbalist further revealed that when Augustina returned for the renewal, she requested that she wanted the victim to marry her.

“I made it clear to her that this is a more sophisticated charm and will cost her more. The truth is that our charm is paid for according to the worth of the man in question. Most of the times, these wealthy men have their own juju which makes it much more diffcult to penetrate. She agreed to pay any amount as she has already made millions from the man. I asked her to bring more of his personal effects, which includes hair from his private part, his underwear, and sample of his sperm, his shoes and the picture of his wife.
I also asked her to bring the sum of N8million for the charm. Part of the money will be used to procure all the ingredients needed for the sacrifice. I also gave her an assurance that I will return part of the money if the man fails to marry her within three months”, the herbalist narrated.

He claimed that he had to travel to Benin in Edo State in search of a stronger charm when he discovered that the spirit of the man was becoming difficult to crack.

“At Osun Mountain, I was warned that it will be difficult t break his spirit to the point that he would ask her hand in marriage. Because I knew I had a name to protect, I travelled as far as to Benin in search of solution and I was told the same thing. The only alternative is to keep him spell bound under the control of the woman or kill him. “I knew that if, the man should die, my contract with Augustina will end. I decided to ask for more money with the excuse that the amount she brought was not enough.
I knew she was making so much money from that man and without my help, it wouldn’t have been possible”, he added.

On why he decided to let the cat out of the bag, the herbalist said:

“She is an ingrate. For the fact that my charm was able to hypnotise the man in the first place should be enough for her. I was shocked that she used her friends who are policemen to arrest me for fraud. It was then I decided to save this man from her. Shortly after I secured my bail, I contacted him (Greg) on phone. I had his numbers all the while because these are some of the things that our customers have to submit about their clients. “I contacted him and we agreed to meet at a police station and that was how I assisted him in breaking the covenant. It was then that he regained his senses and sought his family.
I dare Augustina to come and challenge me again and I am ready to expose all those that I helped her to hypnotise who are still under her spell. She should be concerned with appeasing the gods or she will become insane”, Adesoye boasted.

Happy to regain his senses but financially wrecked already, Greg in an interview with Saturday Sun thanked his stars and those who prayed for him that his lost soul be found.

“I am totally shocked and never believed that such a thing is real. I met her on one of my business trips in Lagos and months later she was all that mattered to me. Could you believe that I left home for the past eight months travelling from one country to another with her? I spent millions of naira funding her various boutiques in Lagos and Abuja. I bought houses for her in Abuja and was ready to give her all, till this man (the herbalist) who God will continue to bless rescued me.”

According to him, he was initially angry when the herbalist who called severally demanding to see him.

“I was so angry but when he told me that it was a matter of life and death, I asked him to meet me at a police station. The truth dawned on me when he brought out my favourite underwears which I thought I had misplaced. My family pictures and so many other things. It was then I realised the damage that I have done to myself and my family.  For the past eight months, I slept from one five star hotel to another with this wicked woman. It was God who said that my time to die has not come. Most especially, I thank God for my wife who did not lose hope and prayed that I will return one day. I am re-dedicating my life to God. ”

Excited that her husband returned in one piece, Saturday Sun learnt that his wife who could not understand why her husband suddenly decided not to pick her calls and whenever he eventually picks them, will insist that he was busy doing business in other countries and should not be disturbed. Meanwhile Saturday Sun learnt that Augustina is currently on the run after she heard that Greg had regained his senses.

A police source however said that Augustina cannot be held accountable for love crime as the law does not admit such. The source added that the herbalist may however still face charges depending on legal advice.

While reacting to the legal implication of the incident, a lawyer based in Ikorodu area of Lagos,  Kazim Omo-tunde, said that in law such an occurrence is known as Volenti non fit Injuri  meaning that someone who deliberately enters trouble can’t complain.

“ I believe that the lady must have had sex with him severally in exchange for that amount of wealth. It is rather unfortunate but it remains true that there are people out there who will stop at nothing to extort money from people. The man should accept his fate and learn to bargain properly”, the legal practitioner stated. 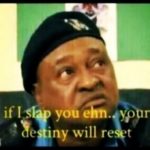 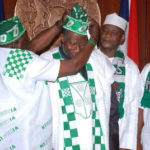