A former police officer attached to the Special Anti-Robbery Squad (SARS) of the Kwara State Police Command, Michael Adikwu, who killed 22 people during robbery attack, in Offa, died in custody while he was being questioned.

Adikwu was one of the 22 suspects arrested in connection to the incident. He was also identified as the man that provided the gang with firearms for the operation.

Adikwu was arrested in Kwara in May, but he was not among the suspects that were paraded before journalists on June 3, 2018, Force Public Relations Officer, ACP Jimoh Moshood, disclosed that Adikwu killed 22 people during the operation.

Adikwu also confessed to killing 22 people during the bloody robbery incident because he was bitter over how he was dismissed from the police force after he was accused for aiding the escape of some robbery suspects.

There has been speculation about his death when he wasn’t among the suspects that were paraded before journalists on June 3, 2018, but the speculations were dismissed by the Police.

However, Police authorities confirmed this week that Adikwu has died in custody, leading to public outcry as to the circumstances of his death.

To clear the air on what happened, the Force Public Relations Officer, Jimoh Moshood, disclosed in a statement on Thursday, November 22, 2018, that the suspect died after slumping in detention.

“Michael Adikwu was not murdered but slumped and died in detention while an investigation into the Offa Bank Robbery was ongoing.”

“There is a post-mortem examination result in respect of the death of Michael Adikwu.”

Adikwu was before he was dismissed in 2012  He was arraigned in court and spent about three years in prison before he made his way out in unclear circumstances. 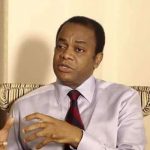 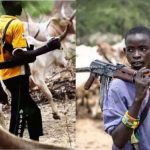