President Muhammadu Buhari has written to the Nigerian Senate, requesting an additional provision of N2.557 trillion for petrol subsidy payments in 2022. 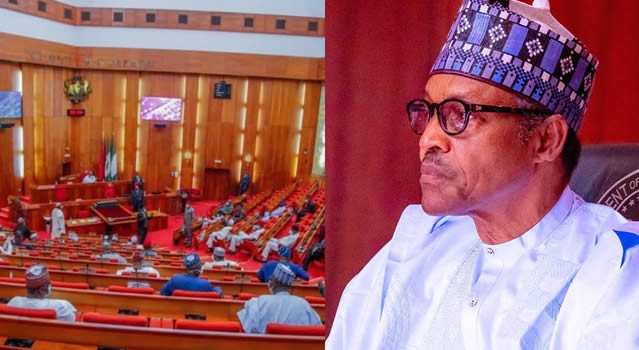 In the letter read by Senate President Ahmad Lawan at the plenary on Wednesday, the president requested consideration and approval to accommodate the additional fuel subsidy funding.

The letter which proposed the amendment of the 2022 budget requested that an additional provision for N2.557 trillion naira be appropriated by the National Assembly for subsidy on petroleum products from June to December 2022.

The federal government had proposed an 18-month extension for the implementation of the petroleum industry law to cater for subsidy shortfall.

If approved by the national assembly, the government will continue to cater for the costly subsidy on PMS, which gulped N1.4 trillion in 2021.

“It has become necessary to present this amendment proposal considering the impacts of the recent suspension of the Petroleum Motor Spirit (PMS) subsidy removal and the adverse implications that some changes made by the National Assembly in the 2022 Appropriation Act could have for the successful implementation of the budget,” the letter reads.

“It is important to restore the provisions made for various key capital projects in the 2022 Executive Proposal (see details in Schedule l) that were cut by the National Assembly.”

According to him, this is to ensure that critical ongoing projects that are cardinal to this administration, and those nearing completion, do not suffer a setback due to reduced funding.

“It is equally important to reinstate the N25.81 billion cut from the provision for the Power Sector Reform Programme to meet the Federal Government’s commitment under the financing plan agreed with the World Bank,” he said.

“In addition, it is necessary to reinstate the four (4) capital projects totalling N1.42 billion in the Executive Proposal for the Federal Ministry of Water Resources that were removed in the 2022 Appropriation Act.

“Furthermore, there is critical and urgent need to restore the N3 billion cut from the provision made for payment of mostly long outstanding Local Contractors’ Debts and Other Liabilities as part of our strategy to reflate the economy and spur growth (see Schedule I).

“It is also imperative to reinstate the N22.0 billion cut from the provision for Sinking Fund to Retire Mature Loans to ensure that government can meet its obligations under already issued bonds as and when they mature.

“The cuts made from provisions for the recurrent spending of Nigeria’s Foreign Missions, which are already constrained, are capable of causing serious embarrassment to the country as they mostly relate to office and residential rentals.

“Similarly, the reductions in provisions for allowances payable to personnel of the Nigerian Navy and Police Formations and Commands could create serious issues for government. It is therefore imperative that these provisions be restored as proposed (see Schedule II).

“It is also absolutely necessary to remove all capital projects is that replicated in the 2022 Appropriation Act; 139 out of the 254 such projects totaling N13.24 billion have been identified to be deleted from the budget.

“Some significant and non-mandate projects were introduced in the budgets of the Ministry of Transportation, Office of the Secretary to the Government of the Federation and Office of the Head of Civil Service of the Federation (see Schedule III). There are several other projects that have been included by the National Assembly in the budgets of agencies that are outside their mandate areas. The Ministry of Finance, Budget and National Planning has been directed to work with your relevant Committees to comprehensively identify and realign all such misplaced projects.

“It is also necessary to restore the titles/descriptions of 32 projects in the Appropriation Act to the titles contained in the Executive Proposal for the Ministry of Water Resources (see Schedule IV) in furtherance of our efforts to complete and put to use critical agenda projects.”

Buhari said while N106 billion provided in the supplementary bill would be used as capital expenditure, N43.87billion would be spent on recurrent expenditures.

“The Appropriation Amendment request is for a total sum of N106,161,499,052 (One hundred and six billion, one hundred and sixty-one million, four hundred and ninety-nine thousand, and fifty-two Naira only) for Capital Expenditures and N43,870,592,044 (Forty-three billion, eight hundred and seventy million, five hundred and ninety-two thousand, and forty-four Naira only) for Recurrent Expenditures. I therefore request the National Assembly to make the above amendments without increasing the budget deficit. I urge you to roll back some of the N887.99 billion of projects earlier inserted in the budget by the National Assembly to accommodate these amendments,” he added.

“However, following the suspension of the PMS subsidy removal, the 2022 Budget Framework has been revised to fully provide for PMS subsidy (see Schedule V). An additional provision of N2.557 trillion will be required to fund the petrol subsidy in 2022. Consequently, the Federation ACCOunt (Main Pool) revenue for the three tiers of government is projected to decline by N2.00 trillion, while FGN’s share from the Account is projected to reduce by N1.05 trillion. Therefore, the amount available to fund the FGN Budget is projected to decline by N969.09 billion.

“Total budget deficit is projected to increase by N1.01 trillion to N7.40 trillion, representing 4.01% of GDP. The incremental deficit will be financed by new borrowings from the domestic market.

“Equally, it is imperative that Clause 10 of the 2022 Appropriation Act which stipulates that the Economic and Financial Crimes Commission (EFCC) and the Nigerian Financial Intelligence Unit (NFIU) are authorized to charge and defray from all money standing in credit to the units as revenues, penalties or sanctions at 10% for the technical setup and operational cost at the units in this financial year be repealed.

“This clause is in conflict with the Act establishing these Agencies, as well as some other laws and financial regulations of the government. These are neither Revenue Generating Agencies nor Regulatory Bodies that generate revenue or charge penalty fees. They are fully funded (Personnel, Overhead and Capital) by Government through Budgetary provisions.

“The Fiscal Responsibility Act 2007, as well as the Finance Act 2021, require these Agencies to remit fully any recovered funds to the Consolidated Revenue Fund (CRF). This clause may lay dangerous precedence, and spark clamours for similar treatment by other anti-corruption agencies.

“Also, Clause 11 stipulates that “Notwithstanding the provisions of any other law in force, Nigerian Embassies and Missions are authorised to expend funds allocated to them under the Capital components without having to seek approval of the Ministry of Foreign Affairs” should likewise be repealed. It too is inconsistent with extant Financial Regulations and the Public Procurement Act, which set thresholds for approving officers and Parastatal / Ministerial Tenders Boards for awards of Contracts for the procurement of goods and Services. This also amounts to an intrusion of the Legislature into what is an executive function.

“Given the urgency of the request for amendments, I seek the cooperation of the National Assembly for expeditious legislative action on the 2022 Appropriation Amendment Proposal in order to sustain the gains of an early passage of the budget.”‘ 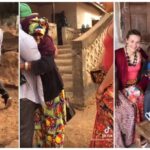