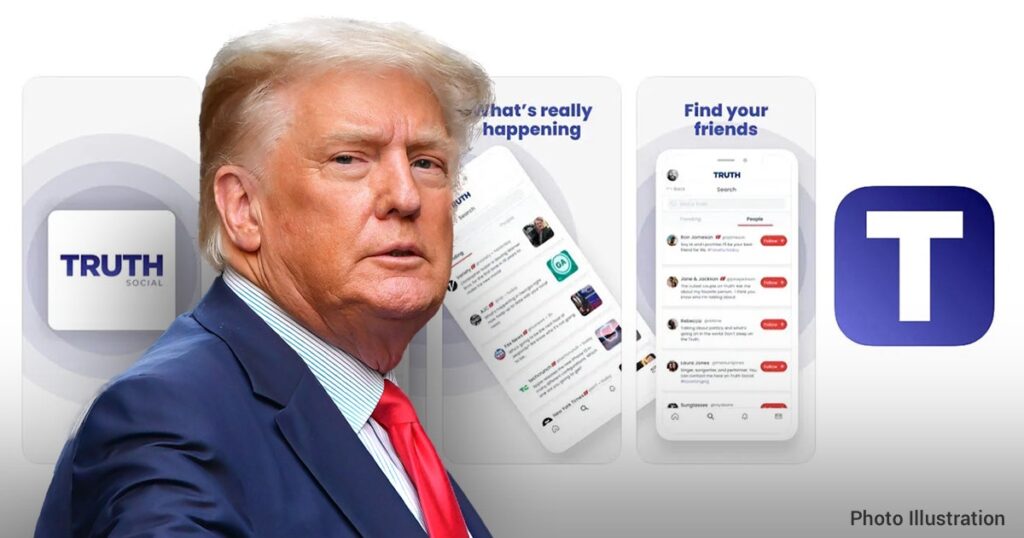 Truth Social became available to download shortly before midnight Eastern Time and was automatically downloaded to Apple users who pre-ordered the app.

But access to the service appears limited for now. Some users reported attempting to download and receiving the message: “Due to massive demand, we have placed you on our waitlist.”

The app’s synopsis reads: “What makes Truth Social different!? We are a social media platform that is free from political discrimination. Join us and share, communicate, and have fun!”

Trump’s first post read: “Get Ready! Your favorite President will see you soon!”, which was re-posted by his son Donald Trump Junior with the quote “Time for some Truth!!!”.

Time for some Truth!!! pic.twitter.com/jvyteDb5gW

KanyiDaily recalls that last year, Donald Trump had announced his plan to launch his own social media platform ‘Truth Social‘ after he was banned by Twitter and suspended from other major platforms including Facebook, Instagram, and YouTube.

READ:  7 Amazing Places You Never Knew Existed in the US