The General Overseer of Omega Fire Ministries, Apostle Johnson Suleman has reacted to the ongoing invasion of Ukraine by neighboring Russian military forces. 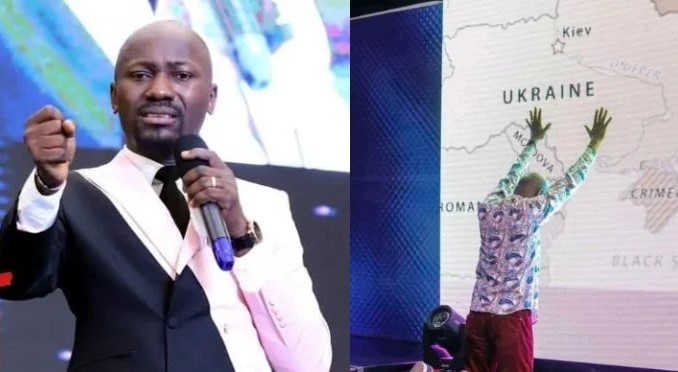 However, in a video shared on his Instagram page, Apostle Suleman said Ukraine is not Russia’s target in the ongoing war, but he won’t mention the countries so that people won’t start to panic.

In the video, the man of God is seen on his knees, offering prayers to God for peace to be restored in Ukraine and Russia, saying “We are going to command that war to cease, we are not negotiating.”

READ:  Mercy Johnson is getting married this Saturday!! Read her official statement.

He said, “Those who do not understand warfare are the ones worried about physical things. Every physical happening has a spiritual undertone.

“We are going to pray to the Lord to intervene, because what the enemy is intending… I’m not going to talk about that. Ukraine is not the target but I won’t talk about that so those living in certain countries won’t get afraid.”

Apostle Suleman stated that there’s no justification for what was being done to Ukraine, adding that “it is a premeditated thing that is being done to them.”