The owner of Chelsea Football Club, Roman Abramovich has been sanctioned by the British Government in the latest crackdown on Russian assets in the United Kingdom. 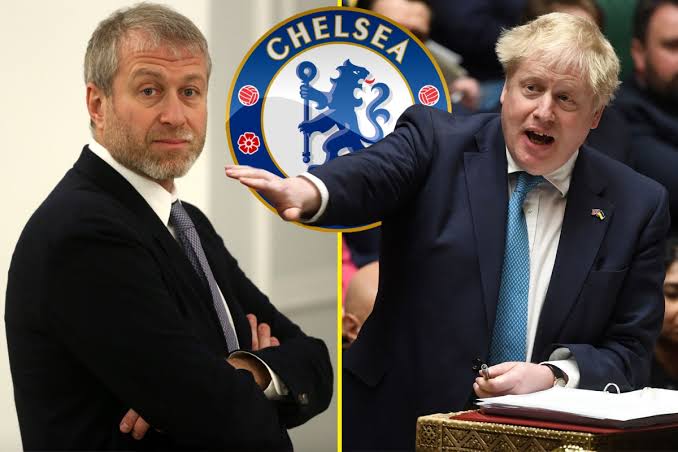 The development comes a week after the Russian billionaire announced on March 2, 2022, that he had taken the “incredibly difficult decision” to sell Chelsea with “net proceeds going to victims of the war in Ukraine”.

Abramovich, who purchased Chelsea back in 2003, is one of seven wealthy Russian individuals sanctioned by the UK government due to Russia’s invasion of Ukraine.

Chelsea have been given a sporting licence to continue trading whilst Abramovich’s assets have been frozen, but the Stamford Bridge club has been thrown into chaos with their sale in serious doubt.

An application to the UK government can be made to sell Chelsea in the future as long as Abramovich does not profit or make any money from the transaction.

The UK government have granted Chelsea a special licence to allow fixtures to be fulfilled, staff to be paid and existing ticket holders to attend matches.

A government statement confirmed: “Given the significant impact that today’s sanctions would have on Chelsea football club and the potential knock on effects of this, the Government has this morning published a licence which authorises a number of football-related activities to continue at Chelsea.

“This includes permissions for the club to continue playing matches and other football related activity which will in turn protect the Premier League, the wider football pyramid, loyal fans and other clubs.

“This licence will only allow certain explicitly named actions to ensure the designated individual is not able to circumvent UK sanctions.

“The licence will be kept under constant review and we will work closely with the football authorities.”

Nadine Dorries, UK Secretary of State for Digital, Culture, Media and Sport confirmed on social media: “To ensure the club can continue to compete and operate we are issuing a special licence that will allow fixtures to be fulfilled, staff to be paid and existing ticket holders to attend matches while, crucially, depriving Abramovich of benefiting from his ownership of the club.

“I know this brings some uncertainty, but the Government will work with the league & clubs to keep football being played while ensuring sanctions hit those intended. Football clubs are cultural assets and the bedrock of our communities. We’re committed to protecting them.”

The government sanctions list claims: “Abramovich is associated with a person who is/has been involved in destabilising Ukraine & undermining/threatening territorial integrity, sovereignty & independence of Ukraine, namely Vladimir Putin, with whom (he) has had close relationship for decades.”

Prime Minister Boris Johnson said of the sanctions: “There can be no safe havens for those who have supported Putin’s vicious assault on Ukraine.

“Today’s sanctions are the latest step in the UK’s unwavering support for the Ukrainian people. We will be ruthless in pursuing those who enable the killing of civilians, destruction of hospitals and illegal occupation of sovereign allies.”

Meanwhile, Foreign Secretary Liz Truss said: “Today’s sanctions show once again that oligarchs and kleptocrats have no place in our economy or society. With their close links to Putin they are complicit in his aggression.

“The blood of the Ukrainian people is on their hands. They should hang their heads in shame. Our support for Ukraine will not waver. We will not stop in this mission to ramp up the pressure on the Putin regime and choke off funds to his brutal war machine.”

Roman Abramovich has owned Chelsea since 2003 and the club have won 21 trophies including all major trophies in 19 years during his stewardship.

What You Need To Know:

KanyiDaily had reported how Russian President, Vladimir Putin ordered a ‘special military operation’ in Ukraine on February 27, killing thousands of military and civilians on both sides.

Last weekend, Roman Abramovich was effectively barred from living in the United Kingdom after he was named as one of the ‘key enablers’ of Putin’s regime.

Meanwhile, 86-year-old Swiss billionaire, Hansjorg Wyss has admitted interest in purchasing Chelsea Football Club from Roman Abramovich, but only as part of a consortium. 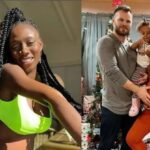 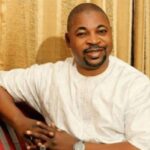