The owner of Chelsea Football Club, Roman Abramovich has been barred from living in the United Kingdom due to the ongoing invasion of Ukraine by Russia. 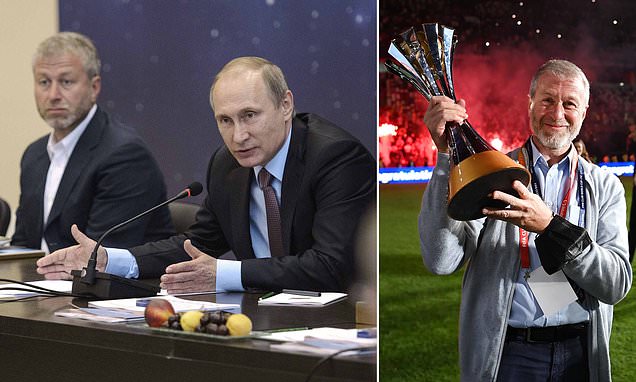 The billionaire was barred after he was named by Members of UK Parliament on Tuesday as being one of 35 oligarchs identified by the Russian opposition leader, Alexei Navalny, as one of the ‘key enablers’ of the ‘kleptocracy’ run by the country’s president, Vladimir Putin.

However, Abramovich has vehemently denied his closeness to the Kremlin or doing anything that would merit sanctions being imposed against him due to the rising tensions between Russia and Ukraine.

It was gathered that immigration officials are “under clear instruction to work towards ensuring Mr Abramovich cannot base himself in the UK” despite owning a £125million mansion near Kensington Palace.

READ:  How US Carried Out First Execution Of Transgender Woman, Amber McLaughlin

Speaking under parliamentary privilege after Russia launched a full-scale attack on Ukraine, Bryant said that Abramovich should be “no longer able to own a football club in this country” after reading an excerpt of what he claimed was a leaked 2019 document from the Home Office.

He said, “‘As part of HMG’s [Her Majesty’s Government’s] Russia strategy aimed at targeting illicit finance and malign activity, Abramovich remains of interest to HMG due to his links to the Russian state and his public association with corrupt activity and practices’.

“‘HMG is focused on ensuring that his link to illicit finance and malign activity are unable to base themselves in the UK and will use the relevant tools at its disposal, including immigration powers to prevent this’.

“That is nearly three years ago and yet remarkably little has been done in relation. Surely Mr Abramovich should no longer be able to own a football club in this country? Surely we should be looking at seizing some of his assets including his £152million home? And making sure that other people who have had Tier 1 visas like this are not engaged in malign activity?”

“Mr Abramovich should no longer be able to own a football club in this country? We should be looking at seizing some of his assets including his 152 million pound home and make sure that other people that have Tier 1 visas like this are not engaged in malign activity in the UK.” pic.twitter.com/yFnWQ8eOG8

READ:  31 People Dead, Many Others Hospitalized After Drinking Toxic Alcohol In India

Abramovich, who hasn’t been seen at Chelsea for months, has an estimated wealth of £8.4bn, as well as his huge property portfolio. He also owns a series of superyachts, including the £450m Solaris, which has a missile detection system.

The Russian billionaire secured Israeli citizenship in 2018, allowing him to enter Britain for up to six months, where he attended his first game at Stamford Bridge in three years in November and was at the recent Club World Cup win in Abu Dhabi.

On Tuesday, Abramovich and former Arsenal majority owner, Alisher Usmanov were named in parliament by Dame Margaret Hodge as Russian “kleptocrats” who should face sanctions over the invasion of Ukraine.

KanyiDaily had reported how Russian President, Vladimir Putin ordered a military operation in Ukraine on Thursday morning, which killed more than 40 people and wounded dozens. 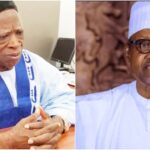 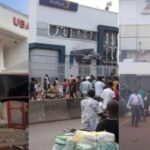