President Muhammadu Buhari has condoled the family of Founder and Executive Chairman of Complete Communications Ltd, Emmanuel Sunny Ojeagbase, over his death. 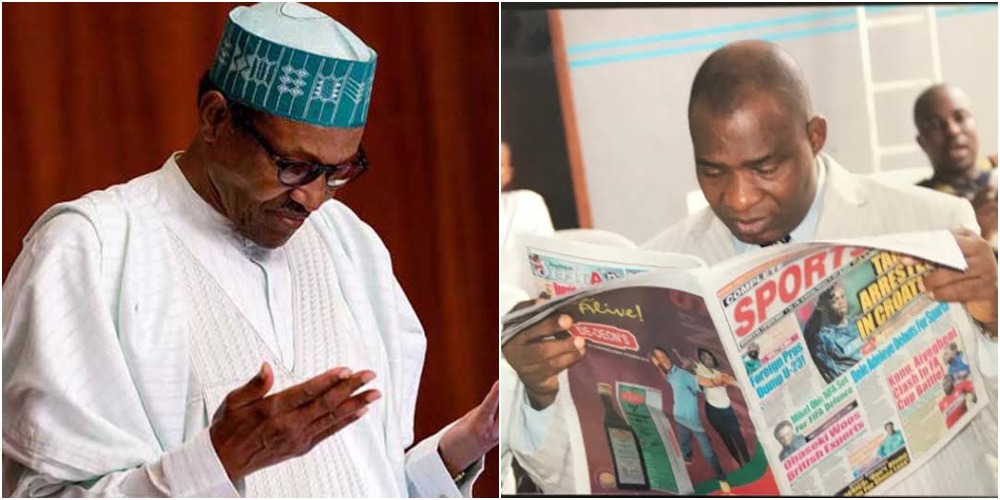 In a statement on Monday evening, February 28, 2022, the media entrepreneur’s son, Julius Ojeagbase, said his father aged 71 died in Atlanta, USA, on Saturday after a brief illness.

The statement reads, “Before then, he was a retired soldier of the Nigerian Army who cut his teeth in sports journalism as a stringer at the Daily Times newspapers in the mid-1970s.

“Remarkably, the Complete Football titles played very prominent roles in ensuring Nigeria’s first appearance at the FIFA World Cup at USA 1994 as well as the country’s football Gold medal win at the Atlanta ’96 Olympic Games also in the USA.

“Between those two historic events in Nigerians sports, Ojeagbase introduced Complete Sports as the Number One daily sports newspaper in Nigeria in 1995.

“Also, in 1994, Ojeagbase co-founded with his wife, Pastor (Mrs) Esther Ojeagbase, the Success Attitude Development Centre (SADC) with a vision and mission to teach young Nigerian entrepreneurs how to start, run and make a success of their businesses.

“SADC has gone on to produce and inspire thousands of successful entrepreneurs who are protégés of the Ojeagbase’s and many of whom are now employers of labour.”

According to the statement, Ojeagbase who attended the University of Lagos where he was also awarded an honorary doctorate, was ordained as a pastor in March 2003.

“Burial arrangements will be announced by the family.”

The president extended heartfelt condolences to the family, friends and professional associates of Ojeagbase, whose vision and diligence transformed sports reporting and inspired a generation of media entrepreneurs.

According to Adesina, “President Buhari commiserates with his wife and longtime business partner, Mrs Esther Ojeagbase, who worked with her husband in publishing, ministry, and charity, bringing out many titles, including Complete Football magazine, Complete Football International, International Soccer Review and Success Digest.

“The President affirms that Ojeagbase, who worked for the Daily Times, Concord newspapers and The Guardian, before pioneering sports news publication in Nigeria, 1984, was also a teacher and preacher of the Word of God, and he lived by the tenets of the Holy Bible, greatly motivating others to grow spiritually and apply the principles of honesty, fairness and integrity in business.”

He, therefore, prayed that the Almighty God would remember the good works of the media entrepreneur and philanthropist and grant his soul eternal rest.

In Other News: President Muhammadu Buhari has advised Nigerian leaders who take the oath of office by swearing with the Holy Book, not to abuse the trust God has given in public offices.