FIFA and UEFA have suspended Russian clubs and national teams from all competitions “until further notice” due to the country’s invasion of Ukraine. 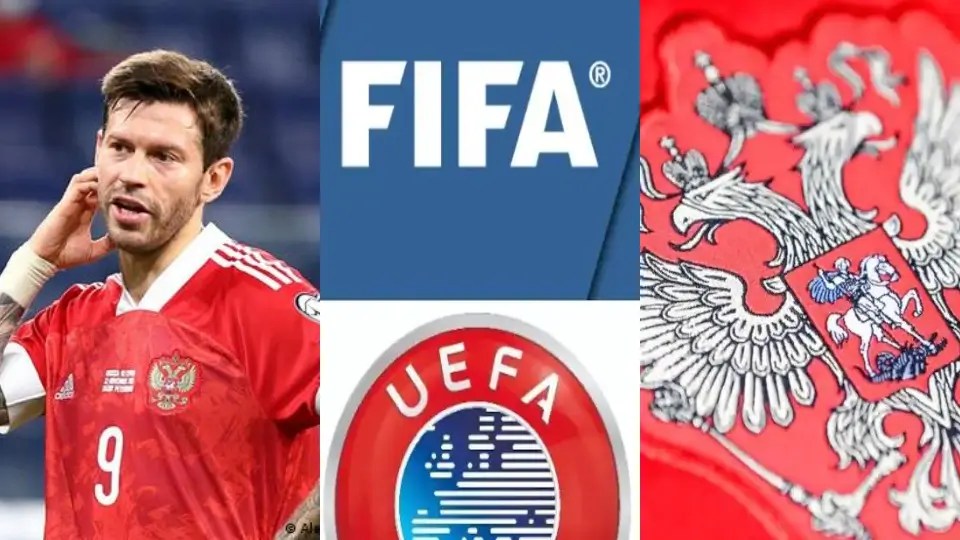 In a jointly released statement on Monday evening, February 28, the football governing bodies announced the expulsion of Russia from the 2022 World Cup and its teams suspended from all international football competitions.

The statement reads, “Following the initial decisions adopted by the FIFA Council and the UEFA Executive Committee, which envisaged the adoption of additional measures, FIFA and UEFA have today decided together that all Russian teams, whether national representative teams or club teams, shall be suspended from participation in both FIFA and UEFA competitions until further notice.

“These decisions were adopted today by the Bureau of the FIFA Council and the Executive Committee of UEFA, respectively the highest decision-making bodies of both institutions on such urgent matters.

“Football is fully united here and in full solidarity with all the people affected in Ukraine. Both Presidents hope that the situation in Ukraine will improve significantly and rapidly so that football can again be a vector for unity and peace amongst people.”

Russia Disagress With FIFA And UEFA

Russia responded to the suspension with a statement of their own saying: “The Russian Football Union categorically disagrees with the decision of FIFA and UEFA to suspend all Russian teams.

“We reserve the right to challenge the decision of FIFA and UEFA in accordance with international sports law. We believe that this decision is contrary to the norms and principles of international competition, as well as the spirit of sports.

“It has an obvious discriminatory character and harms a huge number of athletes, coaches, employees of clubs and national teams, and most importantly, millions of Russian and foreign fans, whose interests international sports organizations must protect in the first place.

“Such actions are dividing the world sports community, which has always adhered to the principles of equality, mutual respect and independence from politics.”

READ:  Pastor Tunde Bakare Says He Will Run For 2023 Presidency After Meeting With Buhari

The decision comes after earlier on Monday, the International Olympic Committee (IOC) recommended that Russian and Belarusian athletes and officials be banned from any organised international competitions.

The suspension is also a U-turn from the initial action by FIFA to allow Russia to continue participating in the World Cup qualifiers — but on neutral venues, without the country’s flag and under the name “football union of Russia.”

KkanyiDaily recalls that the UEFA had also moved the 2022 Champions League finals on May 28, from Russia’s Gazprom Arena in St Petersburg to the Stade de France in Paris.

READ:  Angry Man Storms Mosque, Destroys Its Loudspeakers For Keeping Him Up Every Night