The first batch of Nigerians evacuated from Ukraine amid the Russian invasion have arrived at Nnamdi Azikiwe International Airport, Abuja. 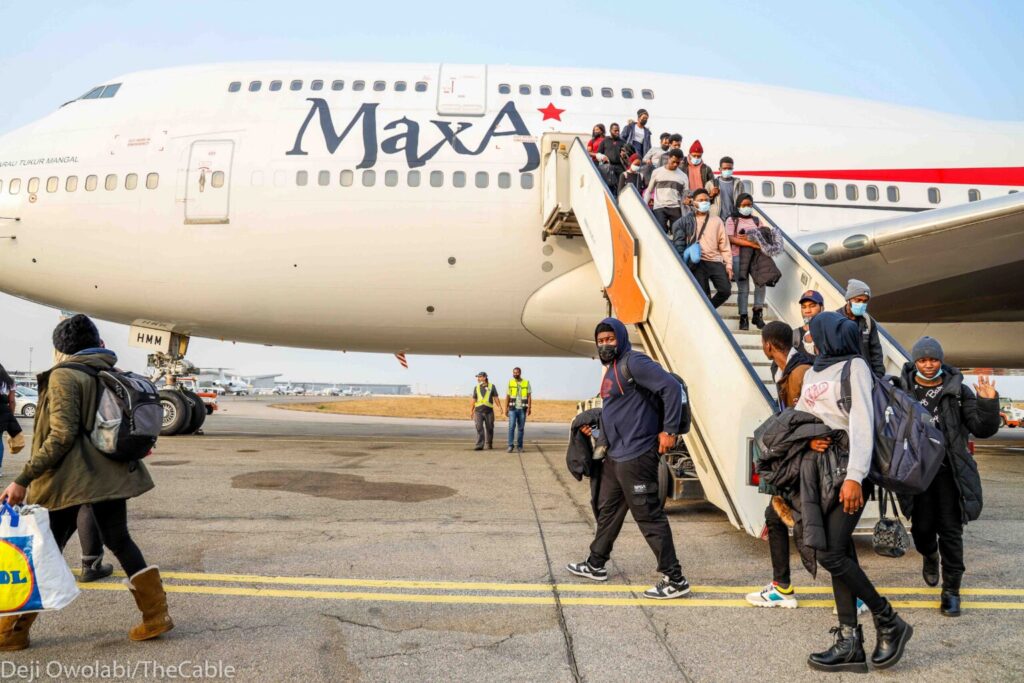 KanyiDaily had reported how Russian President, Vladimir Putin ordered a ‘special military operation’ in Ukraine on Thursday, February 24, killing hundreds of people and wounding thousands on both sides.

Following the military invasion of Ukraine by Russia, many residents and immigrants, including Nigerians, have been forced to flee to neighbouring countries.

On Sunday, February 27, the Minister of Foreign Affairs, Geoffrey Onyeama had announced that Nigeria will soon begin the evacuation of citizens its diplomatic mission received in Hungary, Poland, and Romania.

President Muhammadu Buhari had on Wednesday approved $8.5 million for the immediate evacuation of 5,000 Nigerians stranded as a result of the Russia-Ukraine war.

The evacuees arrived at Nnamdi Azikiwe International Airport in Abuja at 7:11 am on Friday via Max Air.

The evacuees were received at the airport in Abuja by Edward Adedokun, director search and rescue of the National Emergency Management Agency (NEMA); officials of the Nigerians in Diaspora Commission (NiDCOM), and the National Drug Law Enforcement Agency (NDLEA).

A total of 411 evacuees and consular staff arrived in Nigeria.

The government had earlier scheduled the arrival of the first batch of evacuees for Thursday. But the flight was rescheduled.

Photos of Nigerians Evacuated from Ukraine 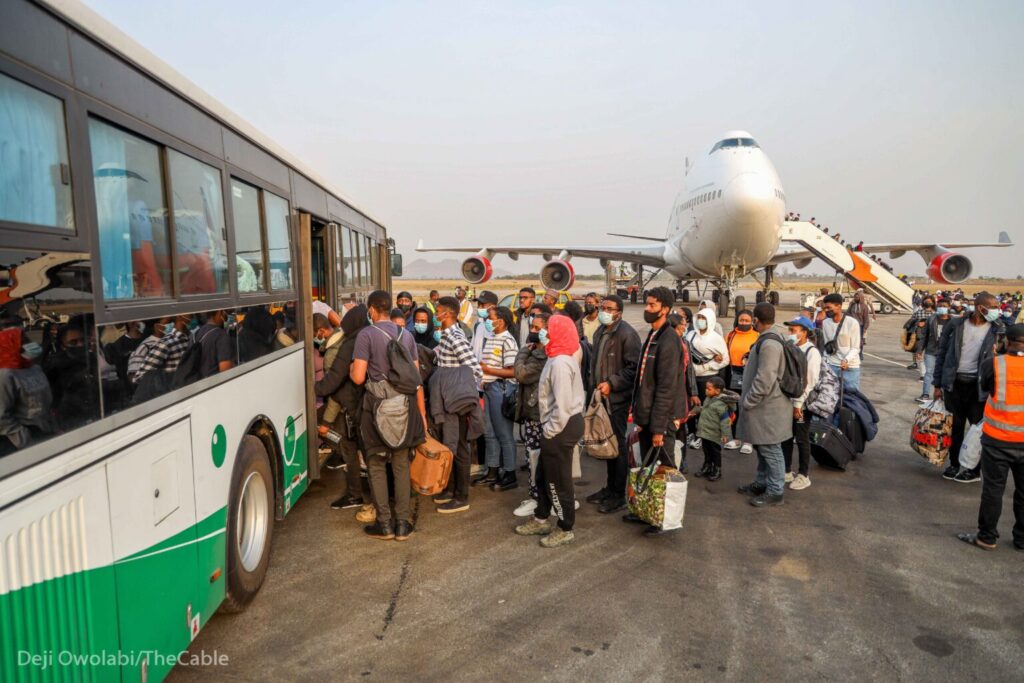 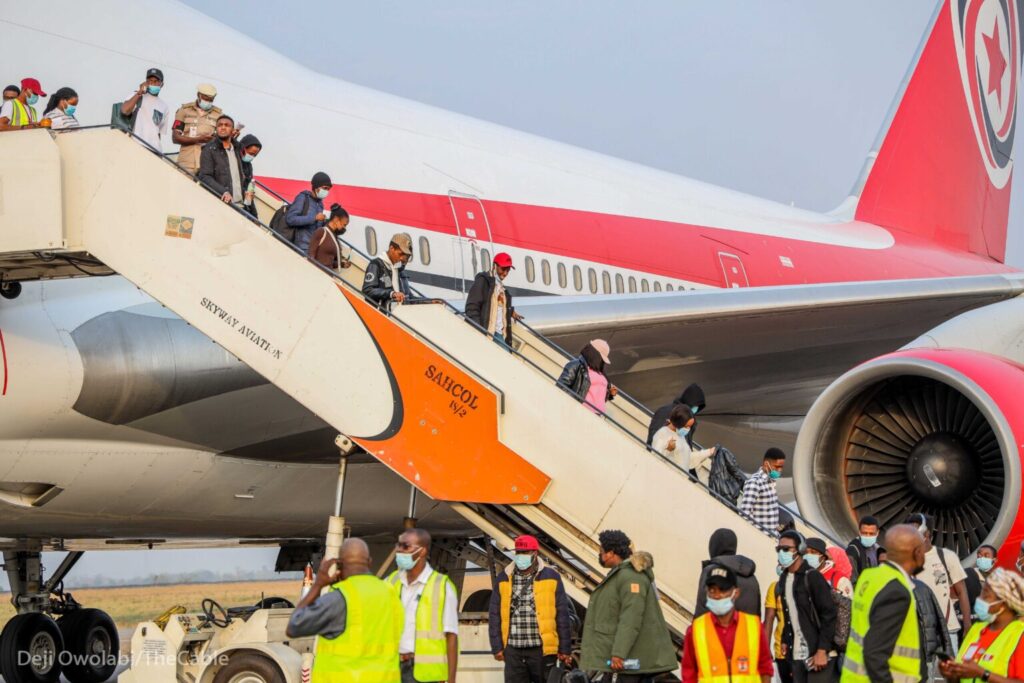 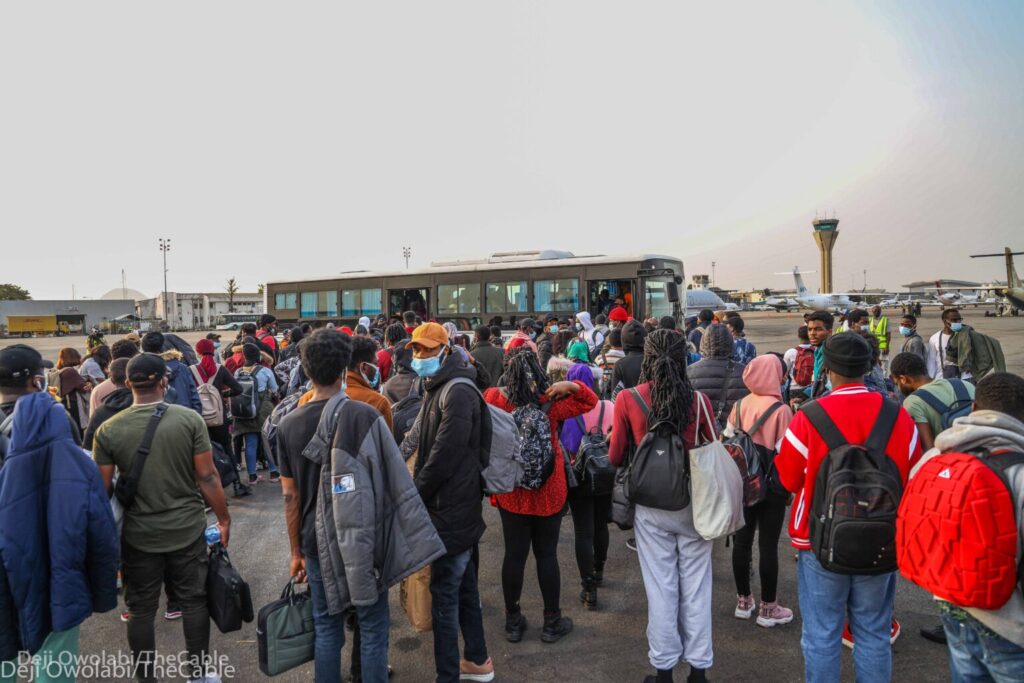 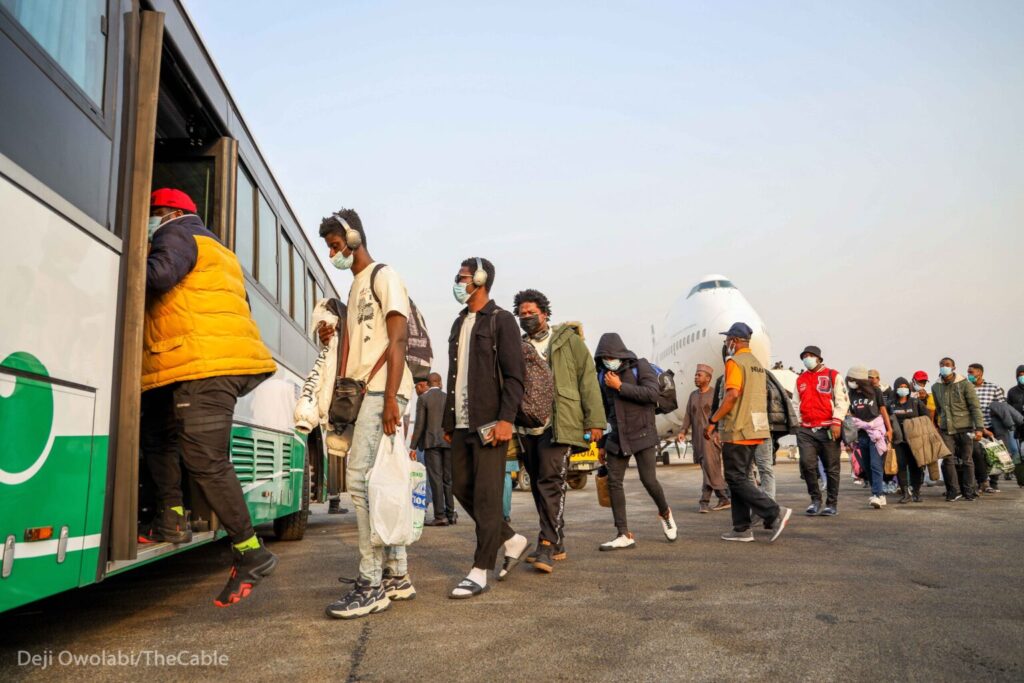 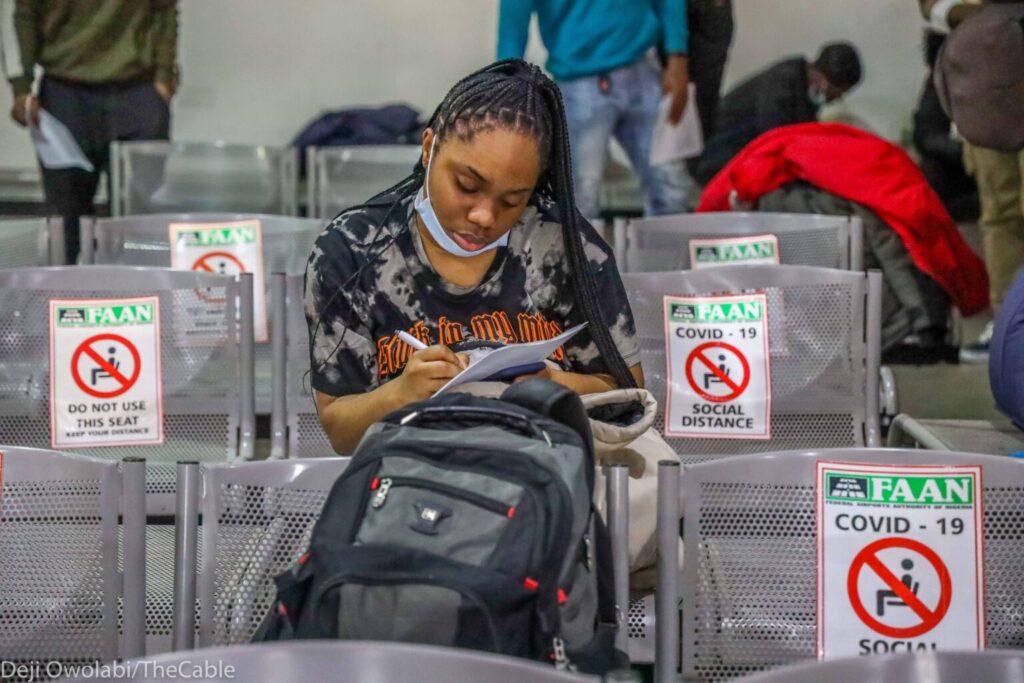 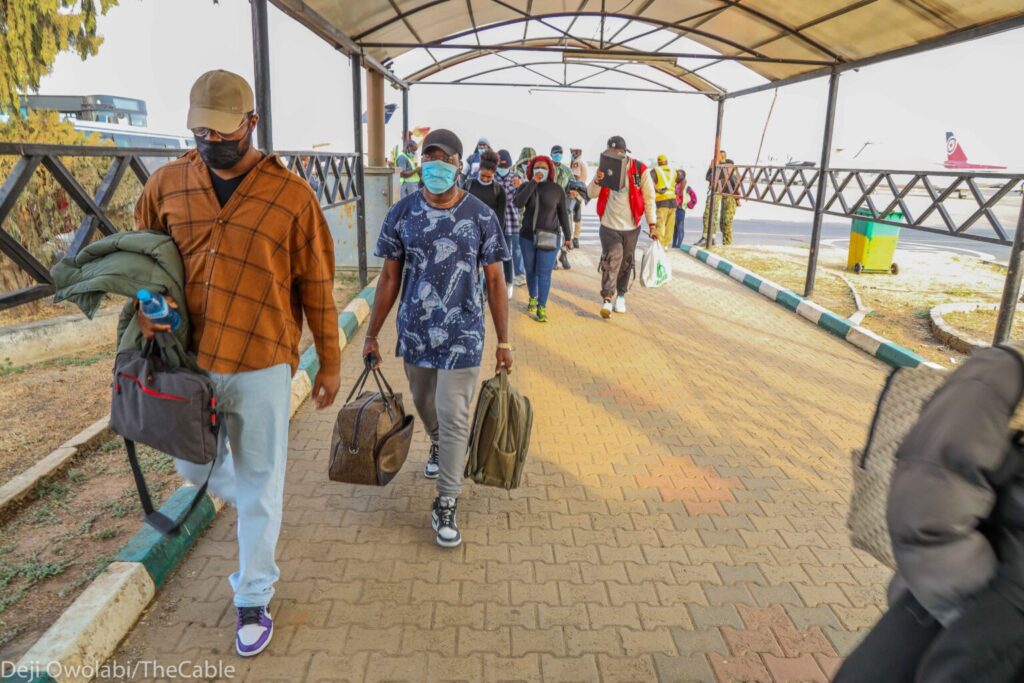 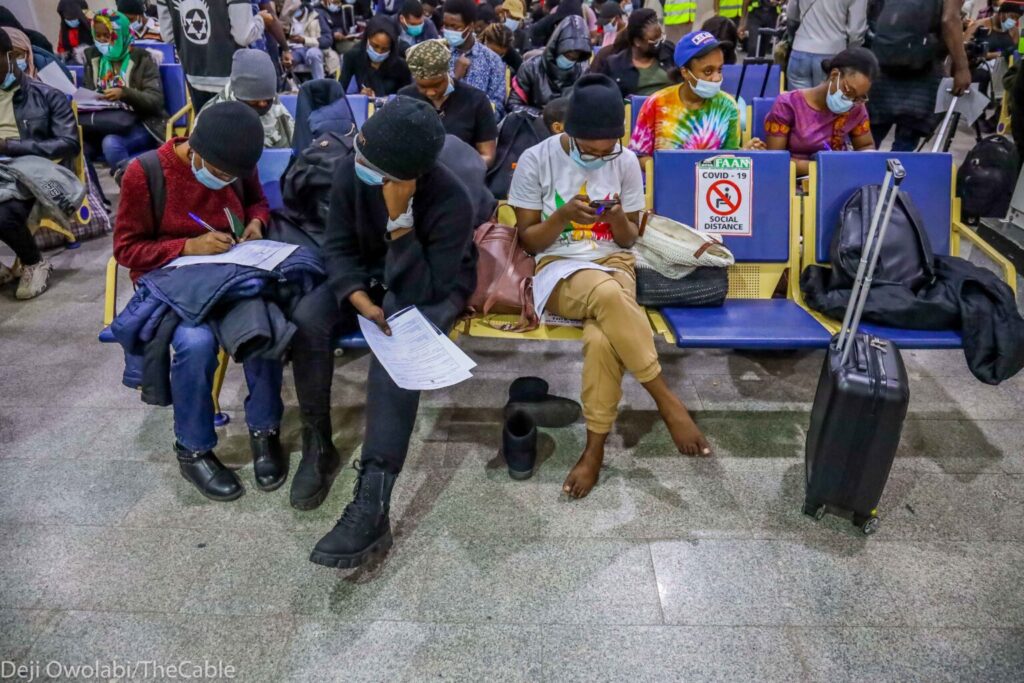 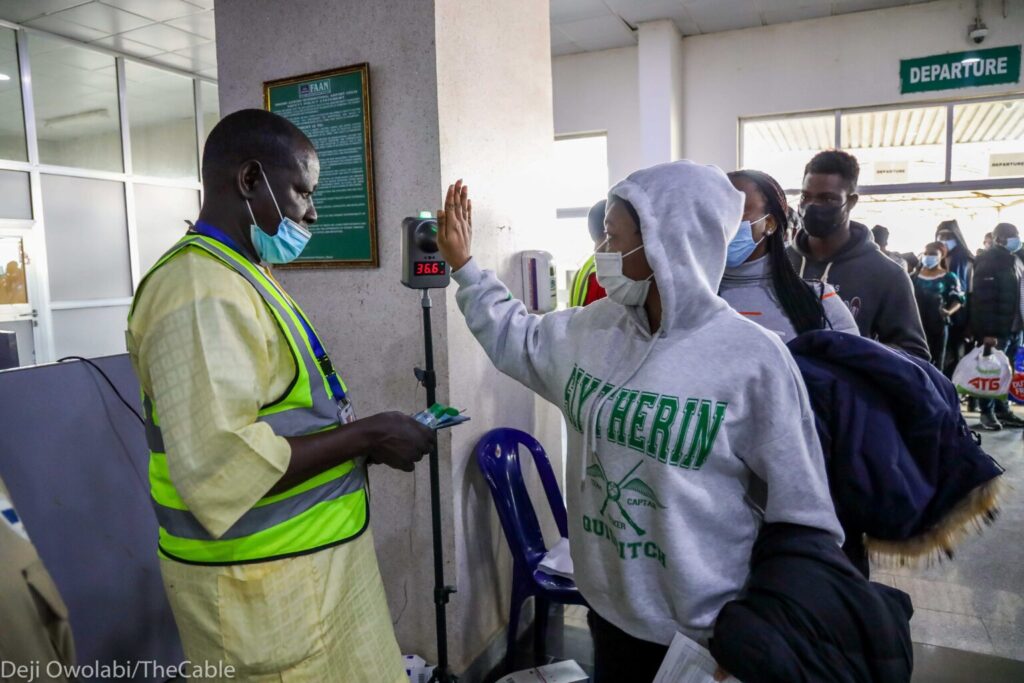 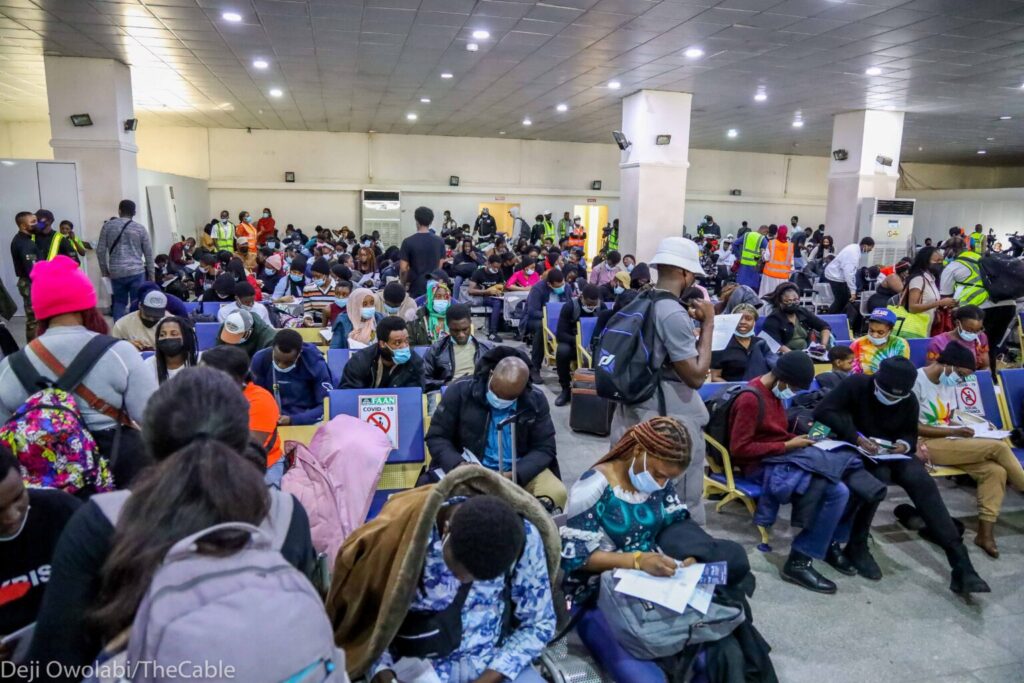 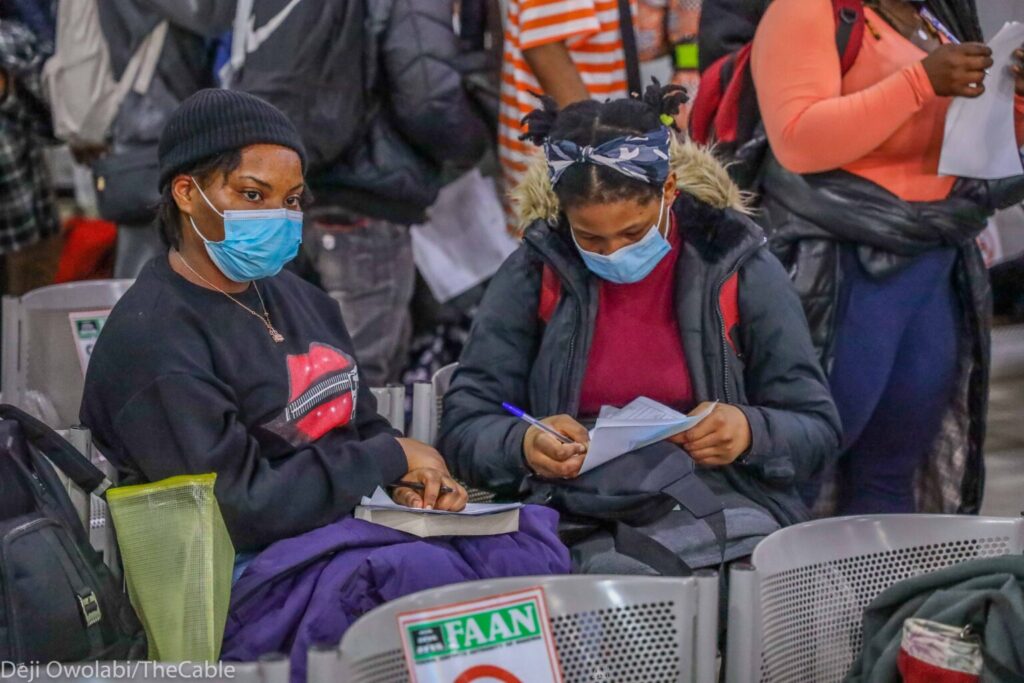 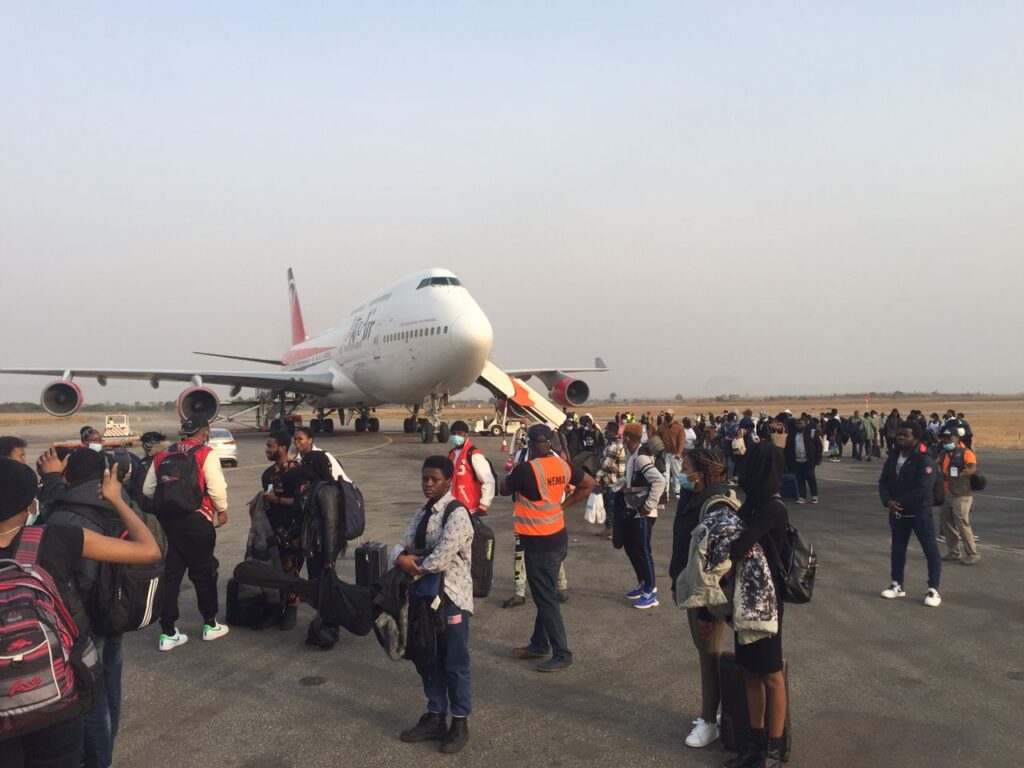 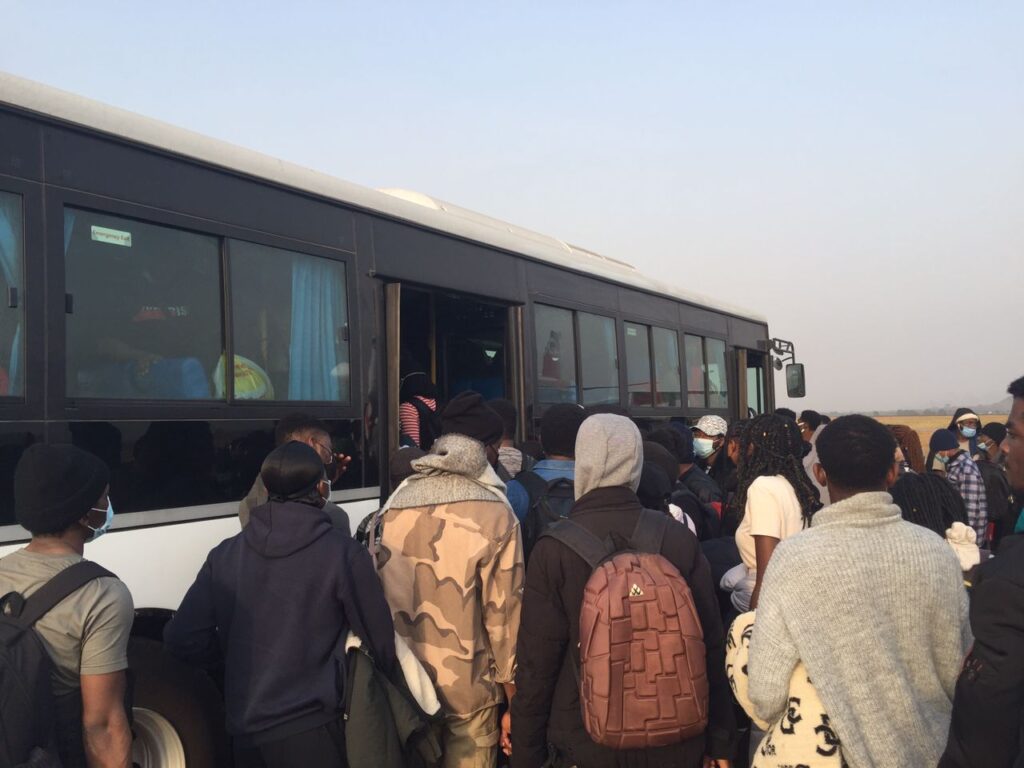 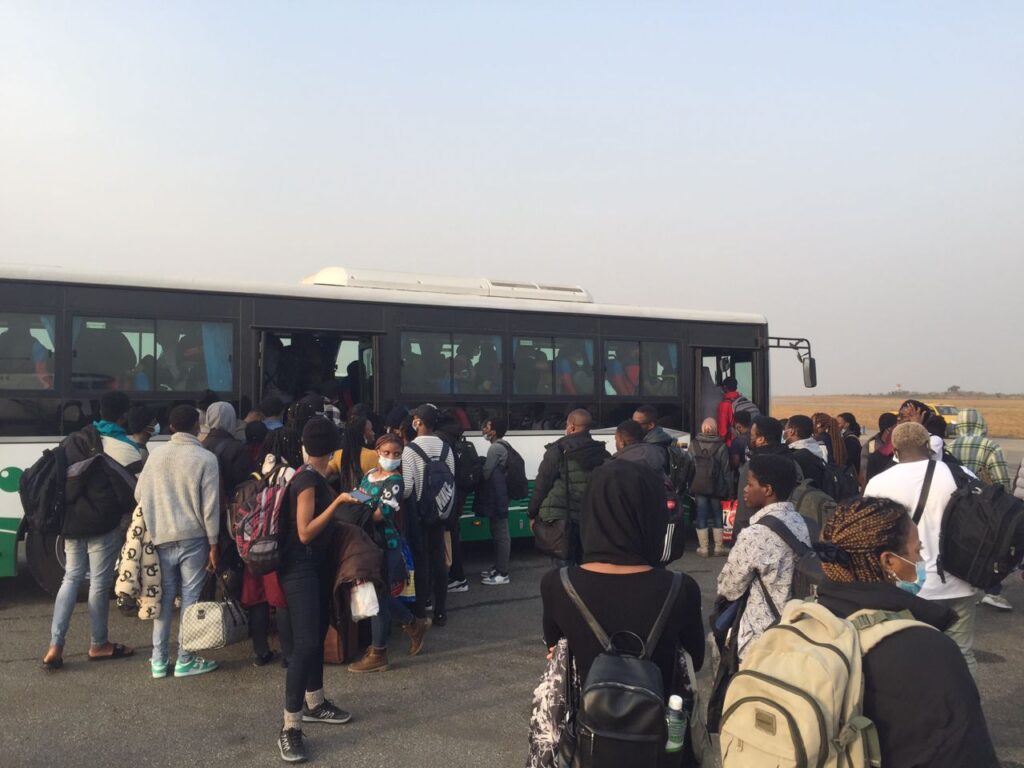 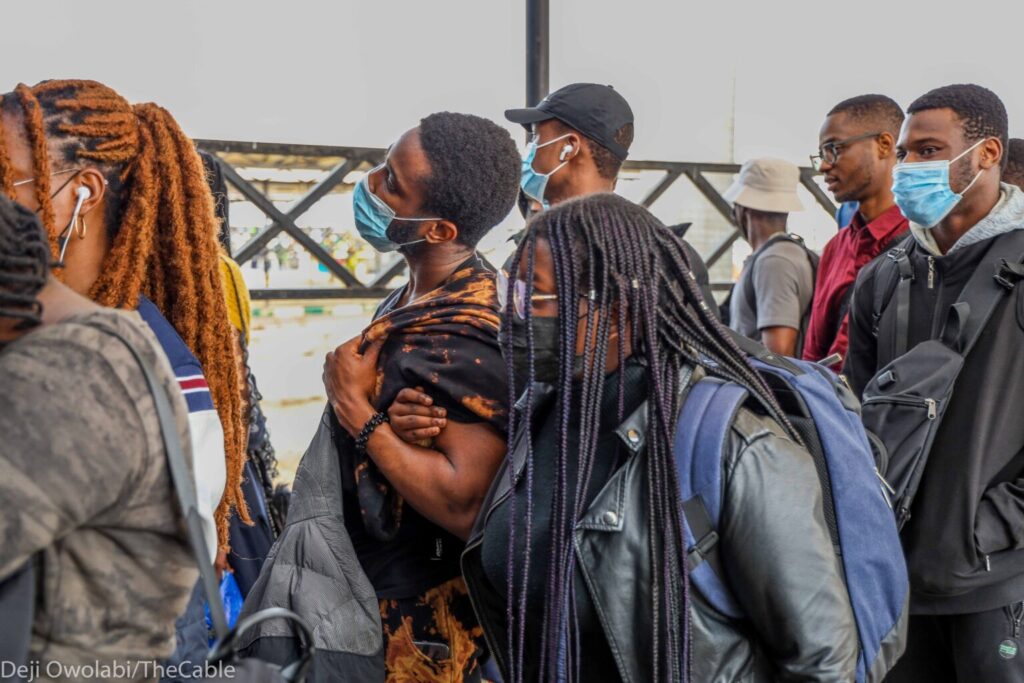 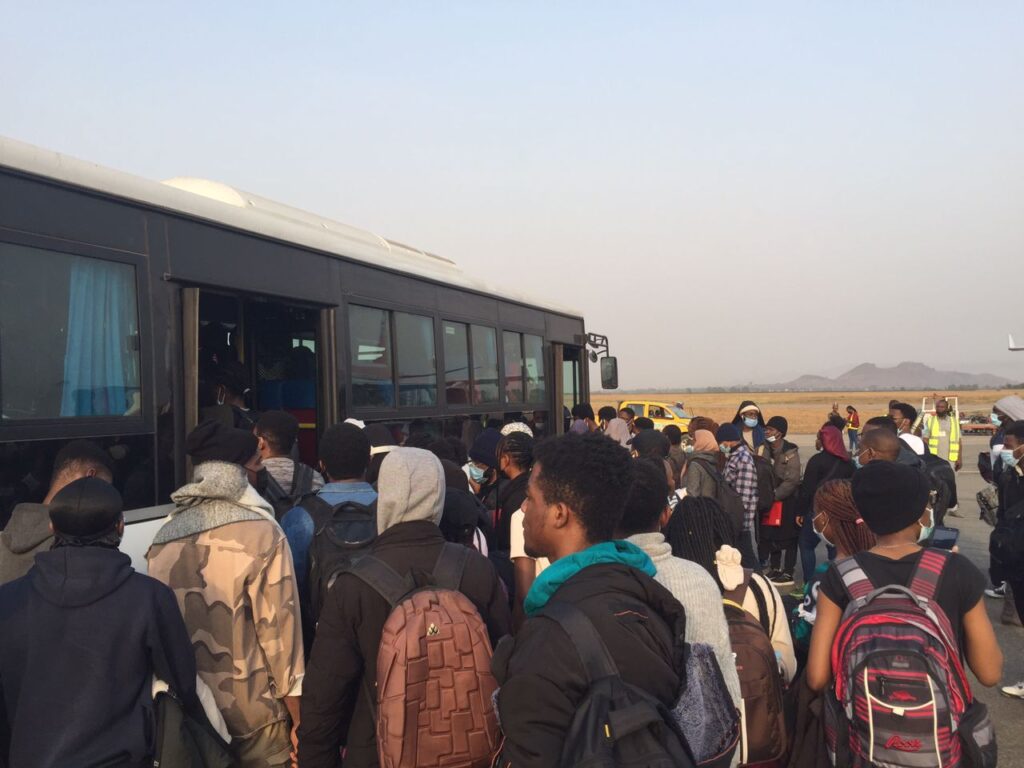 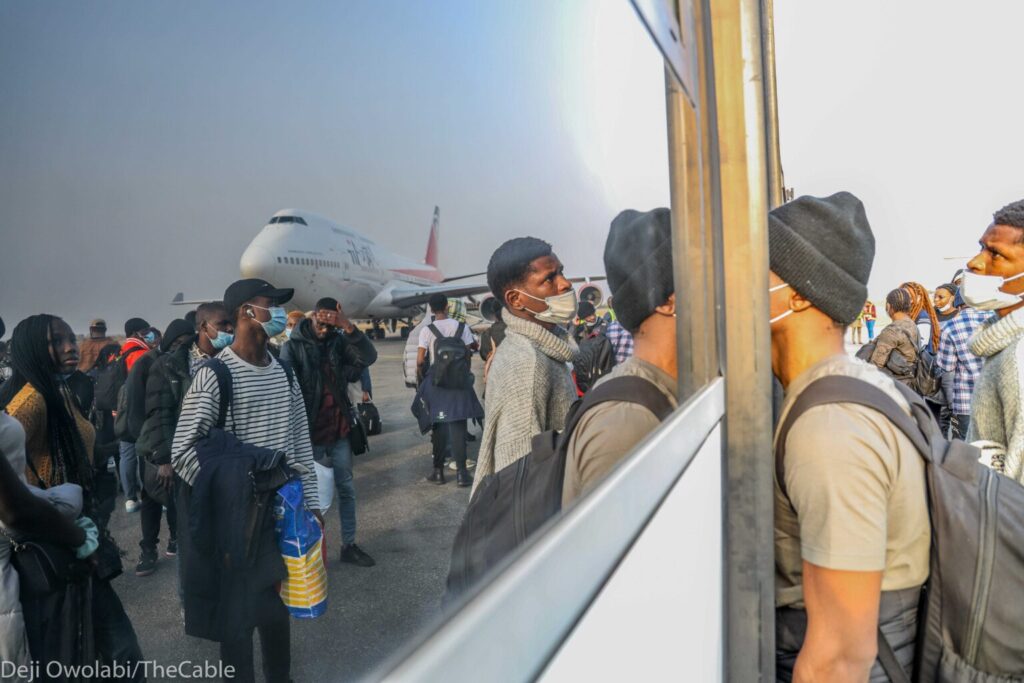 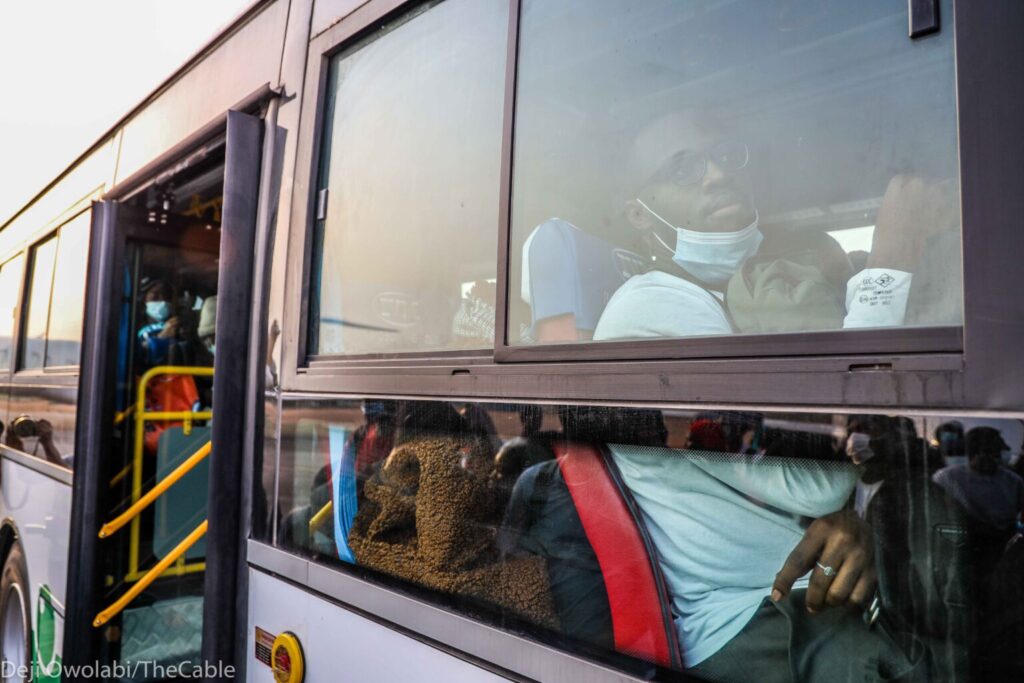 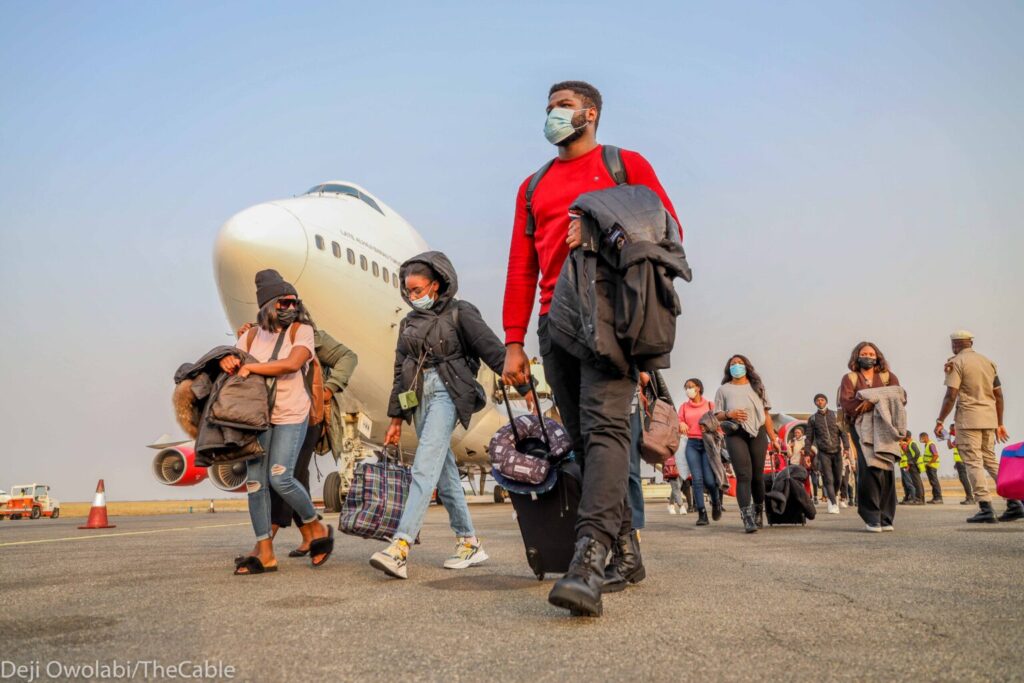 The Federal Government had also directed Nigerians fleeing Ukraine to move to Hungarian or Romanian borders for accommodation and feeding, adding that it has secured free visa arrangements for Nigerians entering Romania and Hungary. 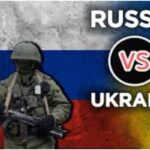 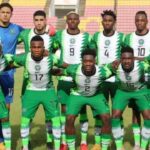