Bauchi State Governor, Bala Mohammed has revealed that the reason why he’s aspiring to be president of Nigeria is to represent his state in the 2023 general election. 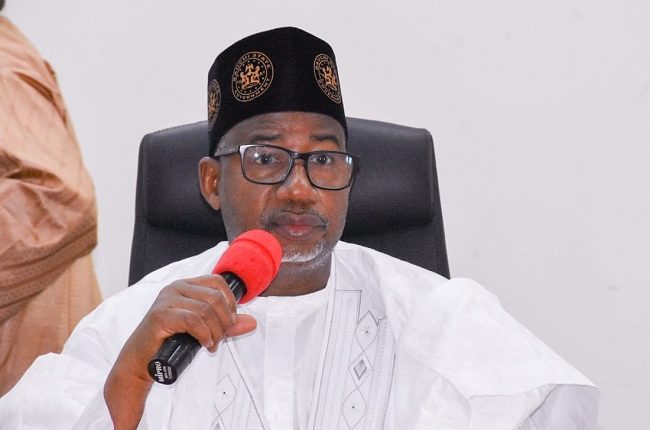 The governor spoke on Friday while hosting members of the Nigerian Labour Union (NLC), media chiefs, and Traders Artisans Association for a Ramadan fast break at the Bauchi government house.

According to him, it is “not easy” to be on a presidential campaign trail while at the same time serving as governor of Bauchi state.

Mohammed, however, said that his move to join the Peoples Democratic Party (PDP) presidential primaries ahead of the 2023 general election was to “put Bauchi on the map”.

He said, “This Ramadan has been very beneficial, I apologised that I have not been able to do it the way I did it last year because I have had to run up and down trying to be president and at the same time trying to be governor.

“It is not easy to be in all places at the same time but I am doing it for you because we have to put Bauchi on the map.

“There are some more eminently qualified people to do governorship and presidency in Bauchi. We hid behind for too long and it is time for us to accept with humility and present ourselves so that we can provide services to this country.

“We are going to do it with humility and as democrats, whatever happens, it is to the glory of God,” Mohammed added.

KanyiDaily recalls that Bala Mohammed had claimed the PDP would have handed its presidential ticket to APC leader, Bola Tinubu if he was a member of the party.