Winner of Big Brother Naija season 4, Mercy Eke has buried her father, Akuwudike Eke, in an emotional ceremony attended by family members and friends in her hometown in Imo State. 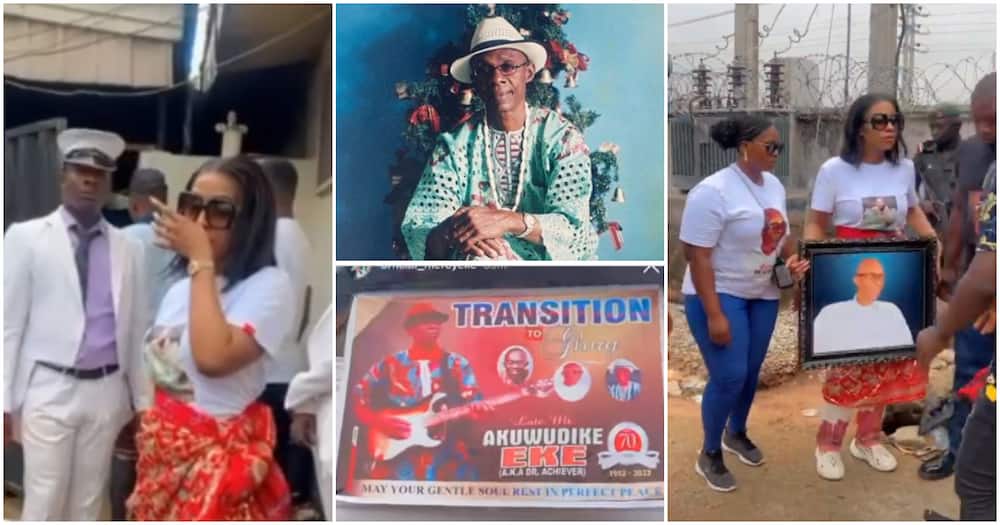 The reality star, who had announced her father’s demise on her Instagram page weeks ago, gave him a befitting burial and the event was captured in trending videos on social media.

In videos making the rounds, Mercy was seen wearing a t-shirt branded with her father’s photo as well as a red wrapper tied around her waist as she went around greeting guests who also came to join the ceremony.

The reality star and other family members were seen walking around her family home holding photo frames of the late patriarch who was also displayed at the venue and it revealed that Mercy’s father died at the age of 70.

Another video from the burial ceremony captures the moment Mercy was cleaning her tears after weeping profusely during the procession of her late father on Wednesday, April 27, 2022.

My Queen taking the first reading🥺🥺🥺

And Mercenaries ably represented by our mama @Mumchomzy presented a cow and a carton of souvenirs to Mercy Eke.The rope signifies the cow .Thanks to everyone that contributed to this,God bless you all.Thank you @Ijeomaezike4 for handling the contributions

KanyiDaily recalls that Nollywood actor, Uche Maduagwu had revealed that he will never date Mercy Eke even if he’s offered the sum of N20 million. 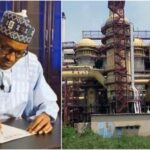