A Nigerian lady, Chioma Igbojekwe has taken to social media to accuse her ex-husband, Nonso Ezeh, of being gay and that their marriage was terminated just 12 hours after the wedding.

In a series of posts shared on her Facebook page, the lady narrated how her ex-husband proposed to her exactly three years ago and she accepted, with the mindset that he was “God sent” because he is a music director.

Chioma revealed that 12 hours after their wedding, Nonso told her it was over and she later discovered that he was a gay who had already been married to another man for years in the United Kingdom.

The lady also claimed that her ex showed her picture to his purported gay partner in order for him to approve of her before marrying her. Her post went viral and met with some questions from Facebook users who accused her of making a false allegation against her ex-husband. Addressing her critics, she wrote: 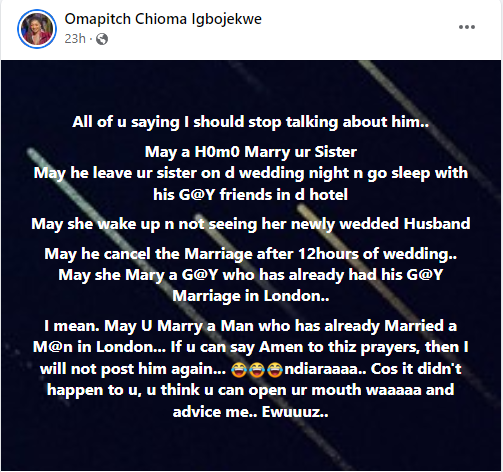 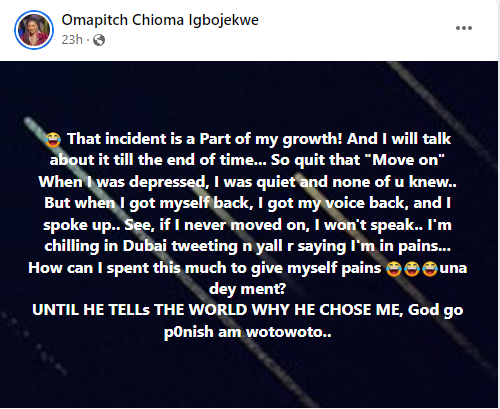 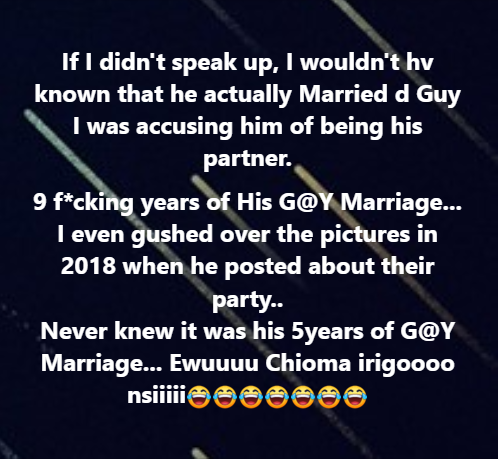 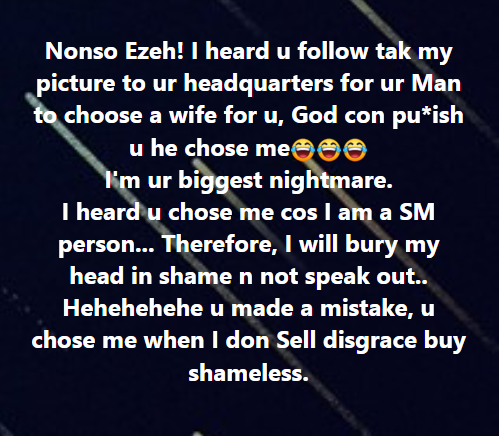 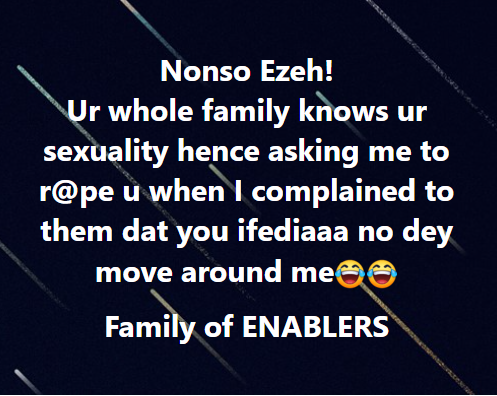 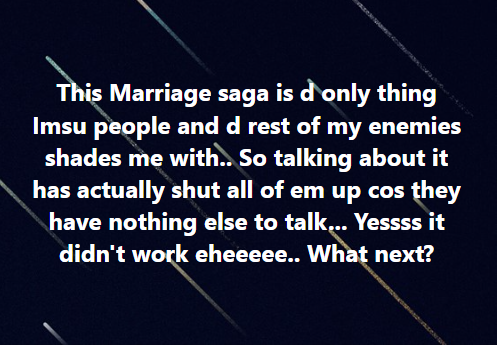 KanyiDaily had also reported how a mother of four was left heartbroken after a hidden camera caught her “gay husband” cheating on her with his male best friend. 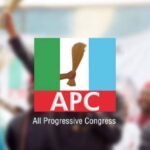