The National Chairman of the All Progressives Congress (APC), Abdullahi Adamu said the ruling party is yet to decide on the zone which will produce its 2023 presidential candidate. APC Says No Decision Yet On Zoning

The chairman of the ruling party, who disclosed this while speaking with state house reporters on Friday, said the APC presidential flagbearer will be chosen at the convention of the party.

Adamu said, “I am today privileged to be the chairman of the party. The party is greater than me. The party has not made a decision and I cannot preempt what the party decision will be.

“We will come out by the grace of God, at the appropriate time [with] the candidate the convention will choose. I do not want to speculate.

“My duty as chairman is to listen to party men, party leaders, stakeholders, to see what is going to be best when the time comes. And I’ve always found it easier and more noble, to get a bridge before I jump to cross it. We are not there yet.”

Meanwhile, the apex Igbo socio-cultural organisation, Ohanaeze Ndgibo Worldwide, and the pan-Yoruba socio-cultural group, Afenifere, knocked Adamu for saying the APC was undecided on what zone the presidential ticket of the party would go to.

In an interview with Punch, Ohanaeze spokesman, Chief Alex Ogbonnia, said that the APC was “vacillating and insulating like a pendulum,” because it knew the truth. He urged the ruling party to “be wise and do the right thing for equity and fairness to all the regions.”

Ogbonnia stated, “They know the truth, that is why they are moving left, right, and centre like a pendulum. It is not good that this should be the identity of the APC.

“The President of Nigeria, Muhammadu Buhari, is the leader of the party today. He should step in and take decisions just like former President Olusegun Obasanjo took the decision in 2006 that a northerner should be the President since he was from the South.

“Because of the power-rotation principle agreed upon by the party, the Presidency had to move to the North. All eyes are on Buhari to do to the South-East what Obasanjo did to the North-West. They have seen the truth and don’t want to accept it.”

The Secretary-General of Afenifere, Dr. Sola Ebiseni, said Adamu’s statement did not come as a surprise, noting that the country was bigger than any one particular group.

Ebiseni stated, “That the new national chairman of the APC is now wavering on the zoning of its presidential ticket to the South after he has secured his own position based on that understanding did not come to us in the Afenifere as a surprise because we saw it coming and our leader, Chief Ayo Adebanjo, has used every available platform to warn those who may be so deceived. These are all permutations driving towards the ultimate decision on what Nigeria will make of itself.

“While it may sound predictive that having swapped the party positions between the North and the South, the positions in government such as the President, Vice-President, Senate President, and Speaker of the House of Representatives will equally be so exchanged by the party; the prized seat of the President and the Leviathan powers at its command are too tempting to be allowed to pass by those who believe Nigeria is their exclusive estate. This is the reason behind the deliberate resistance to restructuring.”

Ebiseni further stated that for the country to survive as a corporate entity, true federalism must be enthroned, and “all regions must have equal opportunities for all the ethnic nationalities and citizens.”

READ:  Peter Obi Can Only Become President In Igboland, Not In Nigeria – Kashim Shettima

Also speaking, the spokesman for the Pan Niger Delta Forum, Mr. Ken Robinson, noted that the indecision by the ruling APC was “unnecessary, insensitive and completely out of place.”

Robinson said, “The APC saying they are undecided on the issue of zoning is unnecessary. In 2014, it was the same APC that zoned its presidency to the North, producing President Muhammadu Buhari.

“The national chairmanship position was zoned to the South, where Pa Akande emerged as the interim national chairman before a former governor of Edo State and then later, Adams Oshiomole. Today, they have reversed those positions earlier occupied by southern Nigerians and given them to the North.

“It is, therefore, expected that the presidency will go to southern Nigeria. If the national chairman of the party is now saying they are undecided, that is unacceptable. It is completely out of place. It is inconsistent and is against protocols that have been established since 1979 and zoning since independence.”

He stressed that if the APC eventually threw the race open, it would be a “call for more disaffection, dissension, and crisis that have already engulfed our country.”

KanyiDaily recalls that Imo State Former Governor, Rochas Okorocha had said that the APC would be polarized should it zone the 2023 presidential ticket to the north. 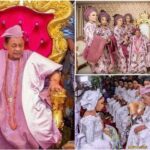 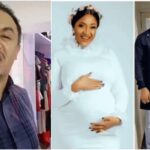