A video has resurfaced on social media showing the children of late gospel singer, Osinachi Nwachukwu, praying for her against untimely death during her last birthday celebration.

In a video captured during her last birthday in November 2021, the deceased’s four children were seen laying hands on her as they took turns to pray for her.

While their mother was in a kneeling position, the children prayed strongly against untimely death while they also wished their mum more career strides.

“Thank you Lord, she (Osinachi) shall not die before her time in Jesus name. God shall preserve her… nothing shall happen to you. You shall live long,” one of them had prayed while the rest chorused “amen”.

Deborah, her last born, also prayed: “I asked that God will bless you (Osinachi) with many more years. You shall be fruitful, you shall not die…”

READ:  Over 700 People Die In Iran After Drinking Alcohol To Cure Coronavirus

THROWBACK: The late Osinachi's children praying for her to have a long life on her last birthday😪 pic.twitter.com/0IItra88B1

Meanwhile, Osinachi Nwachukwu’s family has narrated how she allegedly died as a result of serial domestic violence meted out to her by her husband, Peter Nwachukwu, who lied that she died of cancer.

READ:  Obi Cubana Raises Alarm, Says Some People Are Using His Name To Do Bad Things 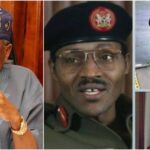