KanyiDaily recalls that Garba had withdrawn from contesting the APC presidential ticket due to the high cost of obtaining the ruling party’s N100 million presidential nomination forms and the cost of running for political office.

On Tuesday, Garba picked YPP’s presidential forms which cost N15m, but he paid N7.5m because he is under 40 years, as par the party’s policy for women and youths.

Speaking with newsmen after picking the forms, the presidential hopeful said Nigerian youths had no future in the ruling APC or the Peoples Democratic Party (PDP).

“I have even been a very loyal and committed member of the party (APC) and even aspired to contest for the presidency under the same APC in 2019.

“For me to come here and tell the whole world that the future of young people lies with YPP, I think there should be no credible person [like me] to say so because I have identified strongly with the party, fought for the party and get insulted for it but all the young people in the party are mushroomed, packed and dustbined maybe we are waiting for them to set fire on them but we will not be burnt.

“We are bringing a new deal. A vision that will go to the foundation and reset for the Nigerian state. The reason why we have been failing consistently in this country is because the foundation is faulty.

“The system was established at the point of division – that makes us see each other as different people whereas we share the same geography.”

This comes a few days after Adamu Garba dumped the ruling APC, alleging that the party has “drifted from its core values and lost its moral bearings.” 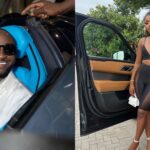 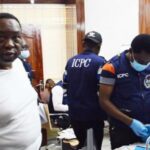